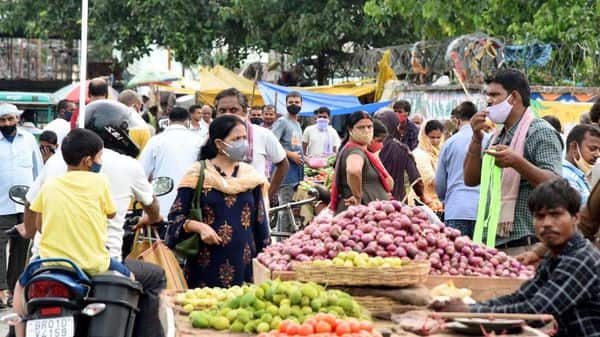 A single day rise of 67,208 new coronavirus infections were recorded taking India's total tally of COVID-19 cases to 2,97,00,313, while the active cases declined to 8,26,740, the lowest after 71 days, according to the Union Health Ministry data updated on Thursday. The number of active cases is 3,078, of which 841 are in home isolation.

According to the Ministry of Health and Family Welfare, the daily positivity rate in India now stands at 3.48 per cent.

Disease experts and doctors have cautioned that a race towards resuming business as usual would compromise vaccination efforts as only about 5 per cent of all 950 million eligible adults have been inoculated in the country.

This is the 10th consecutive day when India has reported less than one lakh COVID cases.

In a comparative analysis of data from pregnant women and postpartum women during the first and second wave of COVID-19, it was found that symptomatic cases were significantly higher in the second wave with 28.7 percent cases compared to the first wave with 14.2%.

The Health Ministry said that a total of 26,55,19,251 people have been vaccinated so far in the country, including 34,63,961 who were administered vaccines in the last 24 hours. India crossed the grim milestone of 2 crore on May 4.