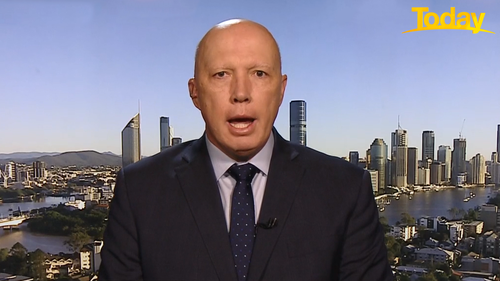 Almost half of the 150 people booked to return to Australia from India on the first repatriation flight since last month's flight ban was introduced will now no longer be able to board the plane.

It's estimated about thirty of the 200 returned travellers will have Covid-19.

The plane will be the first to touch down in Australia in several weeks after the federal government imposed a travel ban on flights to and from India, which has recorded more than 300,000 daily coronavirus infections over the past three weeks.

The government's controversial travel ban on Australian citizens who had been in India 14 days before their arrival in Australia from coming to the country, is due to expire at midnight.

The other 24 were family members of positive cases and deemed close contacts.

Australia is also in close consultation with the New South Wales and South Australian governments on their proposed support to India to combat the pandemic.

"We can pull out people from India and do it safely" he said.

On Friday, Australia's Foreign Minister Marise Payne said that a flight from the country had arrived in New Delhi to pick up Australian citizens and also ferried oxygen equipment for India, according to PTI.

He has been trying to contact the Department of Foreign Affairs but has not been able to. India's total death toll is now nearing 260,000.

A Qantas repatriation flight bound for Australia from coronavirus-ravaged India will be half empty after 48 passengers tested positive.

This will be the second flight of essential medical supplies to support our partners in their COVID-19 health response under the Morrison Government's 37.1 million Australian dollar support package for India, which is experiencing a severe rate of COVID-19 infections, she said.

The government later made it a formal crime for anyone to attempt the trip, punishable with a $66,000 fine.

'My team has worked hard across India to get them bookings on this flight because they are vulnerable'. Six government-chartered flights, each with a 150-passenger capacity, are expected to return Australians from India before the end of May.

Payne said the passengers from India would undergo a strict quarantine at the Centre for National Resilience at Howard Springs in the Northern Territory.

In the Northern Territory, where the first repatriation flights from India will land, the number of active cases has fallen from 53 to four.

The Department of Foreign Affairs and Trade are working to fill the flight with more passengers but the obstacle of 48-hour pre-flight testing will make this hard.