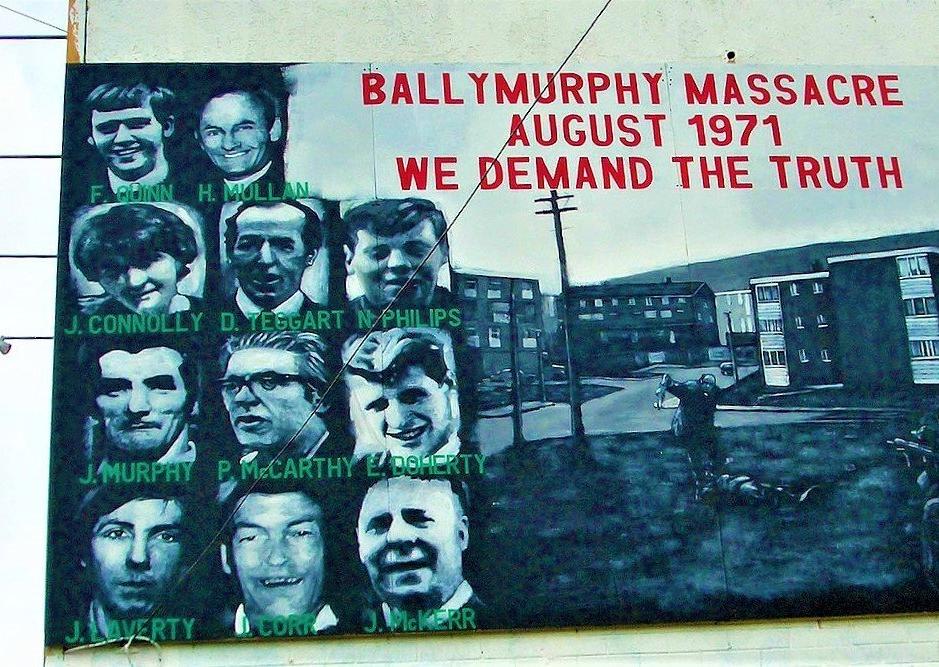 A mural honouring those killed at Ballymurphy

The Northern Ireland secretary says the UK Government is "truly sorry" over the events in Ballymurphy in 1971.

His prepared remarks followed a Belfast judge's ruling that the 10 people fatally shot in Ballymurphy, west Belfast, in August 1971 were innocent and unarmed civilians, not Irish Republican Army gunmen as British authorities had branded them for decades.

Mr Lewis said the PM was writing to the families.

"There is no doubt that what happened on those bad few days in Ballymurphy also fuelled further violence and escalation, particularly in the early years of the Troubles".

"This government profoundly regrets and is truly sorry for these events, at how investigations after these awful events were handled and for the additional pain that the families have had to endure in their fight to clear the names of their loved ones, since they began their campaign nearly five decades ago", Mr Lewis said.

He said it is an "insult to the families" that Boris Johnson's apology came in a conversation with others.

Relatives of the Ballymurphy dead rejected Johnson's written apology and vowed to sue the Ministry of Defence for damages.

The plan, protect both soldiers and paramilitaries on both sides of the dispute has been heavily criticised by victims - with the SDLP labelling it a 'betrayal of the peace process'.

Speaking in Westminster on Tuesday after the findings of an inquest which stated that all 10 Ballymurphy victims were innocent was announced, Eastwood said that the killings were "inhumane".

He added that the desire for families of victims to know the truth about what happened to their loved ones was "strong and legitimate".

"We want a path forward which will also pave the way for wider societal reconciliation for all communities, allowing all the people of Northern Ireland to focus on building a shared, stable, peaceful, and prosperous future".

"Will this Prime Minister now finally apologise for what those British Forces did by murdering 10 entirely innocent people or will they continue to pursue an amnesty for their killers?"

"The Prime Minister apologised unreservedly on behalf of the UK Government for the events that took place in Ballymurphy and the huge anguish that the lengthy pursuit of truth has caused the families of those killed", Downing Street said in a statement.