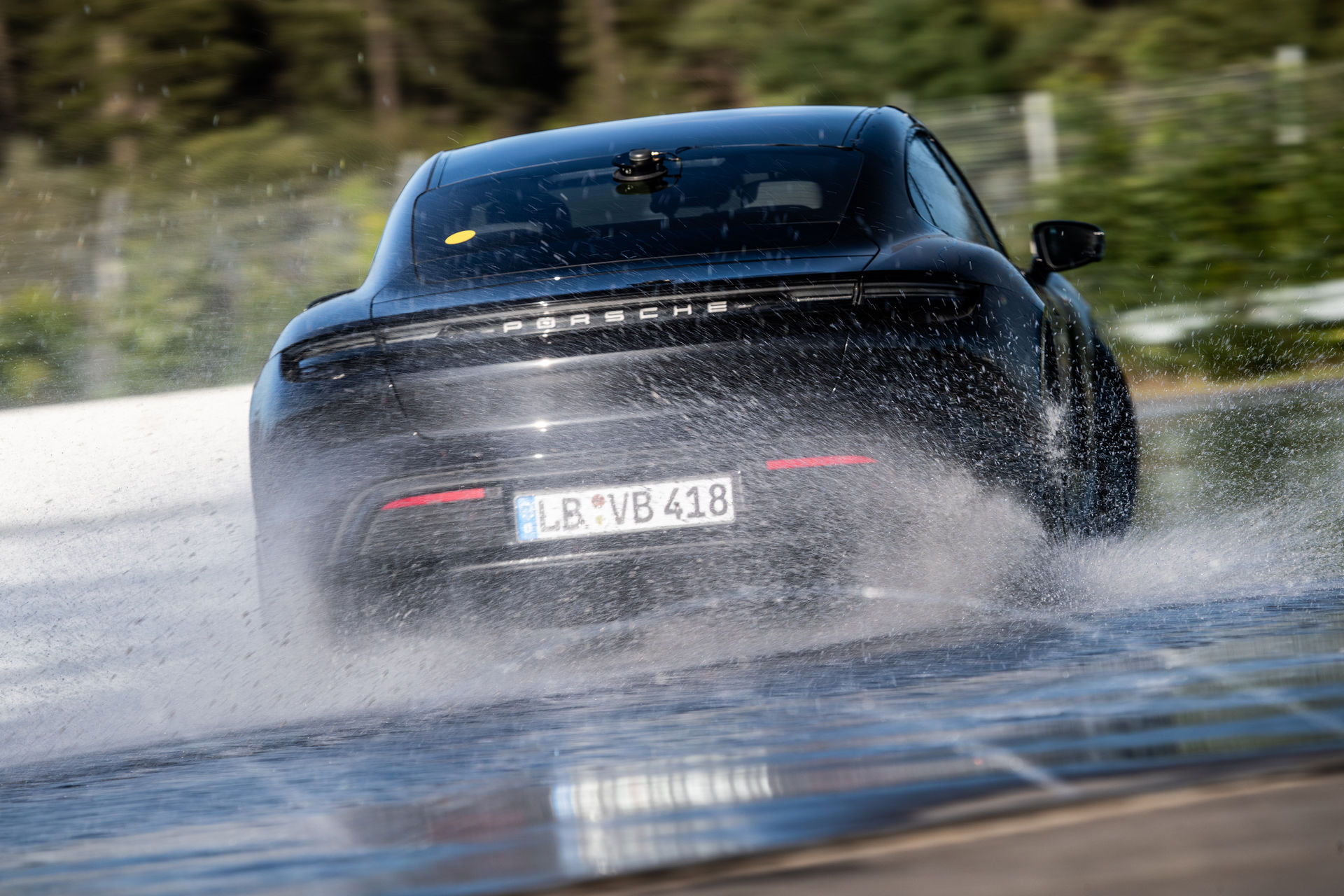 The record was set at the irrigated driving dynamics area of the the 170,000 square metre Porsche Experience Centre (PEC) Hockenheimring.

As a result, Retera managed to keep circulating for 55 minutes and 210 laps, until the Taycan's battery was completely depleted. "Sufficient power is always available. The precise design of the chassis and steering allows for ideal control at all times, even when moving sideways", he added.

Retera says he concentrated on controlling the drift with the steering, which is more efficient than using the accelerator.

To ensure full compliance with Guinness World Records requirements, every aspect of the attempt was meticulously documented.

The record attempt occurred under the eye of Guinness World Record officials, who validated the record by checking data from the Global Positioning System, yaw and other sensors attached to the Taycan, observing the camera footage taken from the top of the skidpad's control tower, and even by employing a land surveyor to measure the area of the skidpad with "millimetre precision".

An independent expert, Denise Ritzmann, was also on-site to confirm the standard and roadworthy condition of the Taycan on behalf of testing organisation DEKRA. "You can see at a glance whether the front wheels are pointing in a different direction to the curve".

Porsche Taycan has entered the Guinness World Records for the longest drift with an electric vehicle.