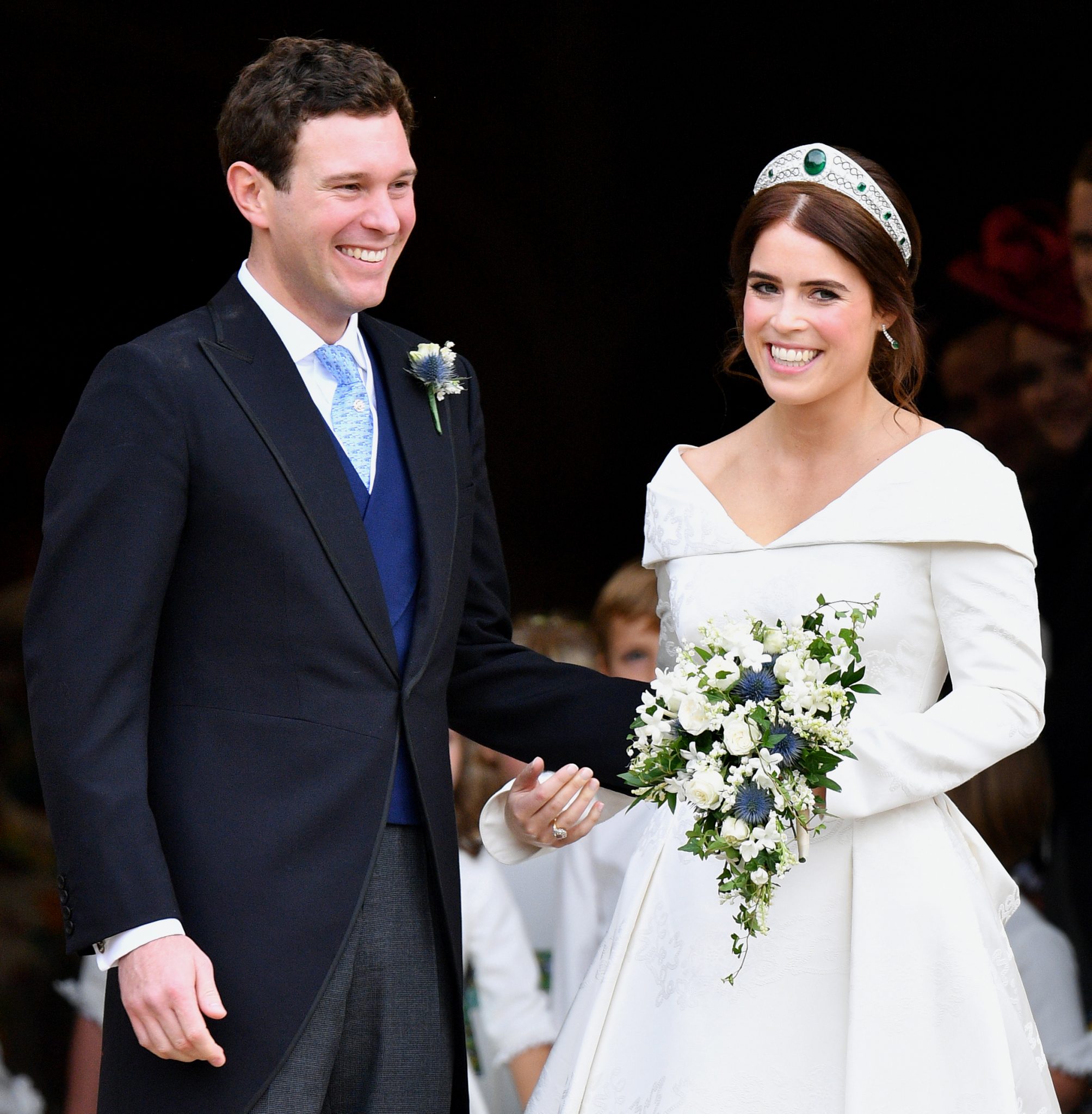 The photo received hundreds of comments nearly immediately after Eugenie posted it, with fans and friends sending the couple well wishes regarding their exciting news. The portrait was cropped so the princess's stomach was not visible.

Princess Eugenie is pregnant with her first child with her husband, Jack Brooksbank.

The couple now lives at Ivy Cottage on the grounds of Kensington Palace, just steps away from the home of her cousin Prince William and Kate Middleton and their three children.

As Princess Eugenie's child will be born down a female line of the royal family, he or she will be just Master or Miss Brooksbank, with no royal title.

"Thrilled for them both and in my 60th year can not wait to be a grandmother", she added.

Buckingham Palace has confirmed the news that another Royal baby is on the way.

On Thursday, she shared pictures of her sister, Princess Beatrice, viewing her wedding dress as it went on display at Windsor Castle. This handsome image showed the expectant royal looking adoringly at her husband.

Princess Eugenie shared this picture on her Instagram page following the announcement. The pair was photographed wearing face masks on September 22 as they went to Annabel's private members club.

He is now rarely seen in public, and was even absent from the photos for his daughter Beatrice's wedding day.

Ahead of Eugenie and Jack's nuptials, Fergie already had grandchildren in mind.

Royal author Phil Dampier said: "It will be tremendous news for the royals if Eugenie is pregnant". Other well-wishers expressed their joy on social media, too.

One person said: "Congratulations to the lovely princess and her husband Jack!" The parents-to-be also volunteered at the Salvation Army. In the first, the couple can be seen holding the sweetest set of infant bear slippers highlighting the momma-to-be's sensational pink sapphire engagement ring.

Eugenie and Jack married in a glittering ceremony in the Gothic surroundings of St George's Chapel in front of royal and celebrity guests on October 12, 2018.

The royal baby will also be the Queen and Prince Philip's ninth great-grandchild.

The Duchess of Sussex welcomed Archie, one, with husband Prince Harry in London's The Portland Hospital back in May 2019.