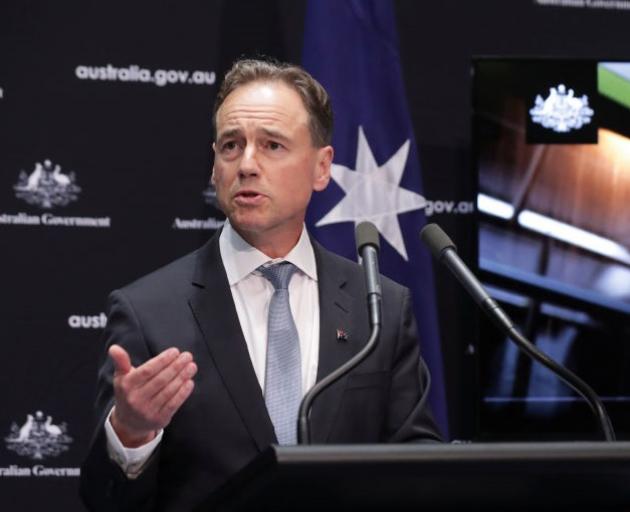 The findings of a public inquiry into how passengers infected with the coronavirus were allowed to disembark a cruise ship in Sydney in March, triggering a major outbreak of more than 600 cases and 20 deaths, are set to be handed down on Friday.

"The NSW Government would like to thank Commissioner Bret Walker SC and his team for their hard work on the Special Commission of Inquiry into the Ruby Princess", she said in a statement.

The report noted that on March 10 the Communicable Diseases Network of Australia amended its guidelines such that everyone on board the ship with newly-defined suspect cases should be tested.

Mr Walker said this was a "serious and material error".

The Ruby Princess cruise ship sits off the coast of Sydney, Sunday, April 5, 2020.

NSW Health failed to ensure that cruise ships were aware of this change to the definition of a "suspect case" for COVID-19.

A directive on 17 March meant all ship passengers disembarking after arriving from another country should have isolated themselves for 14 days once on land.

This led to hundreds of cases, with some 28 deaths linked to the cluster.

The ship - which was low on medical supplies and swabs for on-board COVID-19 tests due to shortages - left Sydney on March 8 for New Zealand and returned 11 days later.

Passengers disembarked before the results of 13 expedited COVID-19 tests were known - which would later show at least three people had the virus.

The delay was "inexcusable" and the swabs should have been tested immediately, Mr Walker said.

Passengers were able to leave the ship as it had been deemed "low risk" by health officials as only 0.94 per cent had reported flu-like symptoms and had visited virus-hit nations.

The one per cent threshold required to mandate NSW Health intervention had "limited" utility for assessing if COVID-19 was circulating onboard, the commission found.

Authorities made a litany of errors in their handling of the ill-fated Ruby Princess cruise ship, including NSW Health's "inexplicable" and "unjustifiable" decision to assess the vessel as low risk.

"In light of all the information the Expert Panel had, the decision to assess the risk as "low risk" - meaning, in effect, "do nothing" - is as inexplicable as it is unjustifiable", the report reads.

Though the advice was corrected by NSW Health on 21 March, it was too late to prevent many travelling onward, "including some passengers who were symptomatic during transit".

The small number of swabs taken on Ruby Princess and available for testing "represented a woeful shortcoming".

"Those who tested negative could then have been released, at appropriate times".

There has been speculation about whether the Australian Border Force had any responsibility for the disaster, but Walker stressed "neither the ABF nor any ABF officers played any part in the mishap".

Reflecting on the "sorry episode", Mr Walker said it would be "unhelpful" to make recommendations as they would not amount to much more than "do your job".

There are no "systemic" failures that need tackling and those involved are said to recognise "they would do things differently if they had their time again".

"Put simply, despite the best efforts of all, some serious mistakes were made".

A class action by the victims of the ship has been launched against Carnival Plc and Princess Cruise Lines.

State opposition leader Jodi McKay urged the Premier to own up to the failings and apologise.