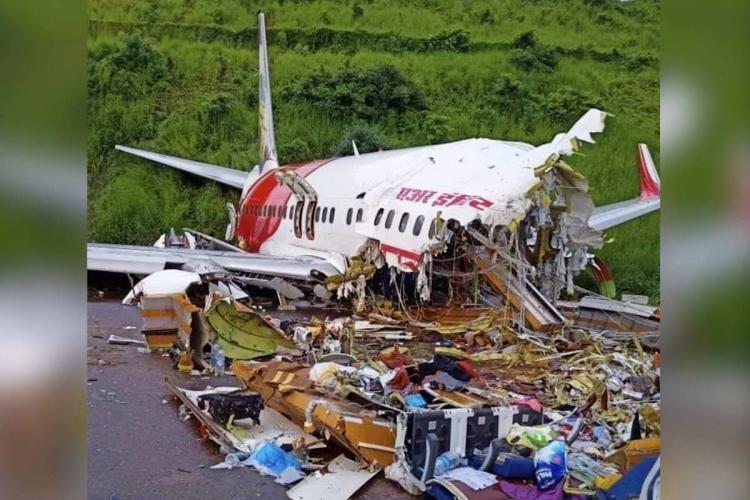 The Air India Express plane, which was repatriating Indians stranded in Dubai due to the coronavirus pandemic, overshot the runway of the Calicut International Airport in heavy rain near the southern city of Kozhikode on Friday.

About 115 people who were injured in the accident have been admitted to various hospitals in Kozhikode and Malappuram.

According to the Indian Commercial Pilots' Union (ICPA) and Indian Pilots' Guild (IPG), Kumar said during one of the televised interviews that the plane's "landing was not smooth". His squadron had also participated in the Kargil War.

Eighteen people, including the pilot and his assistant, were killed when the Dubai-Kozhikode repatriation flight overshot the runway at the table-top Kozhikode worldwide airport and fell into a 35-feet gorge.

Civil Aviation Minister Hardeep Singh Puri said on Monday that the Kozhikode airport is equipped with Runway End Safety Area (RESA) as per the safety guidelines of the International Civil Aviation Organization (ICAO).

Air India followed suit, but Emirates is yet to take a call in this regard, sources said. "The investigation is on to ascertain various aspects of the crash", the minister said in a tweet. The senior official of the Directorate General of Civil Aviation (DGCA) said, "The special audit will be done at airports like Mumbai and Chennai that are affected by heavy rains annually".

Reports citing passengers said the pilot tried his best to land safely in the rainy weather.

Vijayan had gone to the accident site and visited the injured at the Kozhikode Medical College hospital on Saturday.

These accounts indicate acts of omission and commission by the authorities, who allowed big aircraft to operate from a tabletop with hardly any buffer between the runway and a steep drop ahead or space on either side; worse, the airport operator seems to have allowed water to collect on the runway, leading to aquaplaning.

Kumar added that soon DGCA will have all transcripts from recovered black boxes.