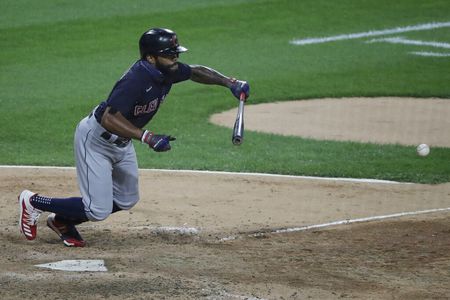 The Cleveland pitcher was sent home Sunday from Chicago, where the team was wrapping up a weekend series vs. the White Sox, after it was learned he had breached the team hotel Saturday to meet up with friends in the city, violating team rules and MLB's COVID-19 protocols in the process. The team sent him home in a auto service so he wouldn't be on a plane with teammates and staff in the event he contracted the coronavirus.

Plesac is the Indians' fifth starter right now, but has a 1.29 ERA in his three starts.

"It is coming at a complicated time for us", Antonetti said. "We were deliberating whether Zach should go to the bullpen or whether we should option him". "We're going to handle this in house and we'll see where it goes from here".

Last month, Plesac, who has become a reliable starter for the Indians, spoke of the importance of players abiding to the "code of conduct" that every team was required to submit to Major League Baseball in hopes of completing the 60-game regular season.

All of this while teams like the Miami Marlins and St. Louis Cardinals can't get on the field due to coronavirus outbreaks.

"Definitely every time you can maintain a social distancing I think is what we have to focus on", Plesac said. "There's common sense situations where you see things are packed-or obviously going out to the bars and drinking or doing stuff like that isn't something that's really important to us right now and it shouldn't be important to us right now when we're given this privilege to be able to come back and play and given this short window to even play".

Plesac is from Crown Point, Indiana, which is about 45 miles from Chicago.

Plesac, 25, was the starting pitcher Saturday and got his first win of the season after an impressive seven strikeouts, giving up just five hits in the six scoreless innings he was on the mound.