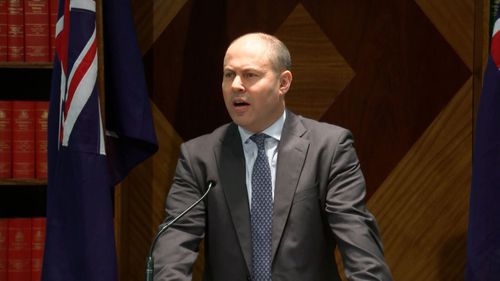 SYDNEY-Australian authorities released a draft of new rules on Friday that would enable media companies to seek payment from Facebook Inc. and Alphabet Inc.'s Google for content that is posted to their websites.

The development of a mandatory code of conduct is part of the Government's response to the ACCC's Digital Platforms Inquiry final report to promote competition, enhance consumer protection and support a sustainable Australian media landscape in the digital age.

In addition to the negotiation conditions, the ACCC's code sets down minimum and enforceable standards governing non-payment related issues between major platforms and news media businesses.

"We are not seeking to protect traditional media companies from the rigor of competition or technological disruption", he wrote.

Mr Frydenberg said the code of conduct - drafted by Australia's competition regulator - would be debated by parliament. "Frydenberg said the draft will be open to consultation until August 28, with the legislation to be introduced to Parliament soon after".

Treasurer Josh Frydenberg said Google and Facebook would be the first digital platforms targeted by the proposed legislation but others could follow.

Under the plan, the tech giants will have to negotiate with Australian media companies to use their content.

Frydenberg warned Google and Facebook that any "discrimination" against Australian media as a result of the new law would be considered a punishable breach of the code.

"It sends a concerning message to businesses and investors that the Australian government will intervene instead of letting the market work", Mel Silva, managing director of Google Australia and New Zealand, said in a statement. "The situation is urgent, with media companies suffering huge advertising declines because of the coronavirus pandemic". He further said, "Nothing less than the future of the Australian media landscape is at stake".

In December a year ago, the Government responded to the ACCC's report with a program of work including a voluntary code of conduct for negotiation around content between traditional news media organisations and the digital platforms. Australian Treasurer Josh Frydenberg acknowledged the worldwide significance at a press conference Friday, calling the drafting a landmark move that would "draw the attention of many regulatory agencies and many governments right around the world".

Facebook has previously suggested it could remove Australian news from its platform if such requirements were imposed - arguing the cost to its business would be negligible.

"While other countries are talking about the tech giants' unfair and damaging behavior, the Australian government".

Canada, France, Germany and Spain too have been trying to get Google and Facebook to pay for news with no success, but Australia's law could move things along.

"It seems it's okay for tech giants to rip journalism from the ABC and SBS for free, but if it's Murdoch's content then they have to pay", she said. Media companies including News Corp Australia, a unit of Rupert Murdoch's News Corp, lobbied hard for the government to force the United States companies to the negotiating table amid a long decline in advertising revenue. He added that code ensures that the news companies are paid fairly for their content.