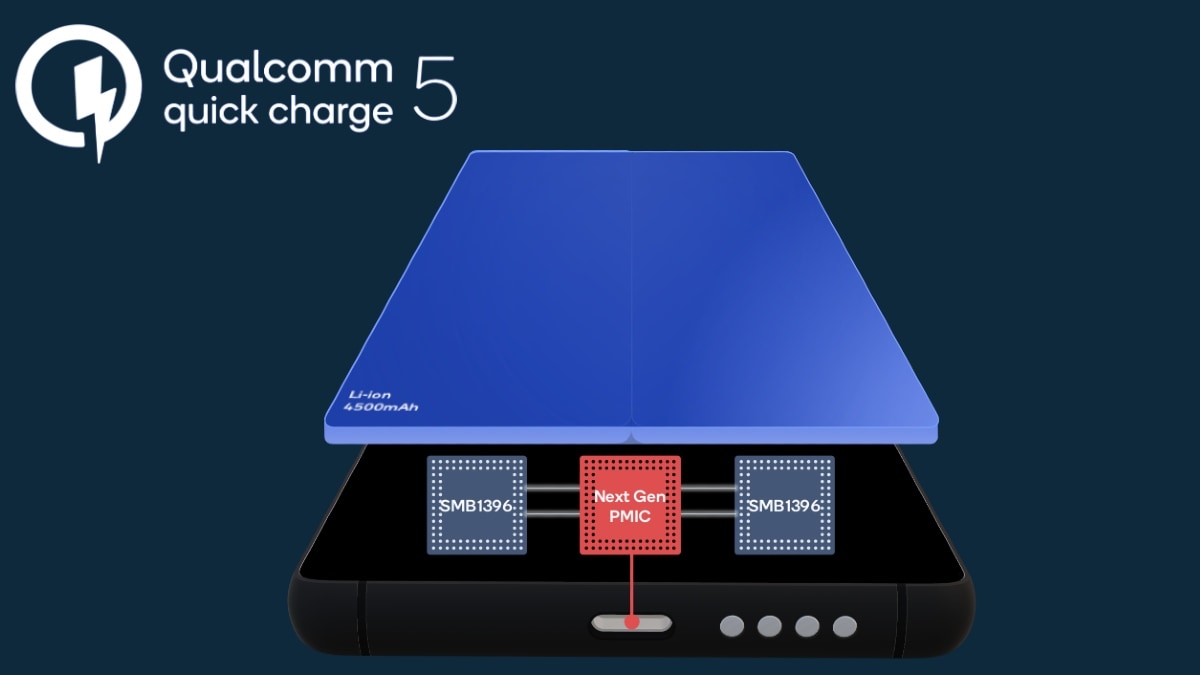 Furthermore, Quick Charge 5 is 70 percent more efficient than the fourth generation, and at the same time, it provides users with 10 times the power deliver of Quick Charge 1. The new swift-charging plan promises to completely charge your phone in just 15 minutes and go from zero to 50 per cent demand in five minutes.

The new standard relies on the USB Power Delivery Programmable Power Supply Standard, which offers extended control over voltage and current intensity during the charging process.

Qualcomm says that it is now sampling Quick Charge 5 with its customers, and expect to see it available in commercial devices starting in the third quarter.

We have all been acquainted with Brief Cost and its different implementations in excess of the many years, innovating beyond the classical USB ability delivery restrictions of 5W in excess of 7 years ago.

Today for Quick Charge 5, Qualcomm is again changing the charger and PMIC architecture to be able to quadruple the charging speeds, allowing up to 100W of charge power.

Qualcomm's Quick Charge has many third party competitors, including OPPO's VOOC fast charging. It's the presence of those chips that will allow future phones to claim "Quick Charge 5" on their list of features. It's unlikely you'll see any devices with Quick Charge 5 support until the rumored Snapdragon 875 begins popping up in early 2021.

This is a huge jump for Qualcomm's charging hardware.

While manufacturers seem to have hit a wall in getting batteries to last longer between charges, we're seeing plenty of innovation when it comes to getting them charged more quickly. Xiaomi is likely to be one of the initial brands to leverage this technology. Customers are now sampling the tech, which is supported by the Snapdragon 865, 865 Plus, and on future premium- and high-tier Snapdragon mobile platforms.