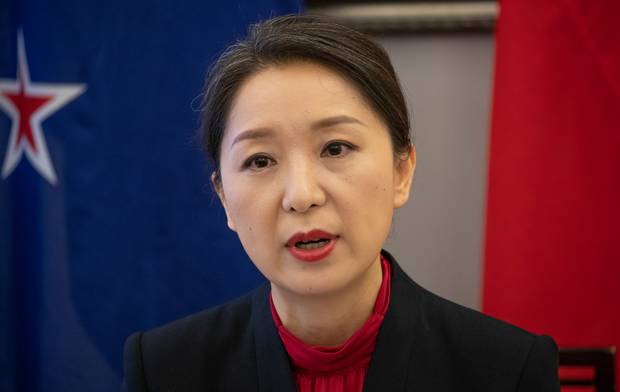 This week, Foreign Minister Winston Peters announced that New Zealand is suspending its extradition treaty with Hong Kong over China's new national security law - which Peters has described as a breach of its obligations to a "one country, two systems" approach to Hong Kong.

China considers Hong Kong to be an "inalienable" part of the country, so calls for independence are anathema to Beijing's Communist Party leaders.

National Security Department Senior Superintendent of Police Steve Li Kwai-wah said at a late evening press conference that a group formed by the accused had recently declared the establishment of a body to promote pro-independence politics, using "any means possible", and to build a "Republic of Hong Kong".

The barring of opposition candidates amounted to China's "biggest-ever crackdown" on an election in Hong Kong, he said, adding the move targeted both "young progressive groups to traditional moderate parties".

He was officially charged with one count of inciting secession and another of terrorism.

The move comes in response to China passing a sweeping new security law for the semi-autonomous territory.

Even though the law enforcement declined to title the group or all those arrested, the political group Studentlocalism claimed on Facebook that its users were being among the these apprehended, naming a person as former chief Tony Chung.

The law serves the long-term stability and prosperity of Hong Kong as well as safeguarding the legitimate rights and interests of all foreign companies and personnel in Hong Kong, Wang said.

Police did not identify them, but Studentlocalism, a now-disbanded pro-independence group, said four of its former members were arrested.

Past year the city was rocked by seven straight months of huge and often violent pro-democracy protests.

Nathan Law, a democracy activist who went into exile after the law was imposed, expressed similar sentiments on Twitter.

But Foreign Minister Winston Peters said on Tuesday the new security law went against commitments China had made to the worldwide community.

Beijing's top representative office in the city, the Hong Kong Liaison Office, said in a statement it supported the disqualifications as the candidates aimed to "paralyse the government" and "subvert state power".

Authorities said Thursday they had not upheld the city's mini-constitution and pledge allegiance to Hong Kong and Beijing.

Dennis Kwok, another banned candidate, said: "They try to drive fear and oppression into our hearts and for this, we must not let them succeed".

At least 15 people have now been arrested under the new law.