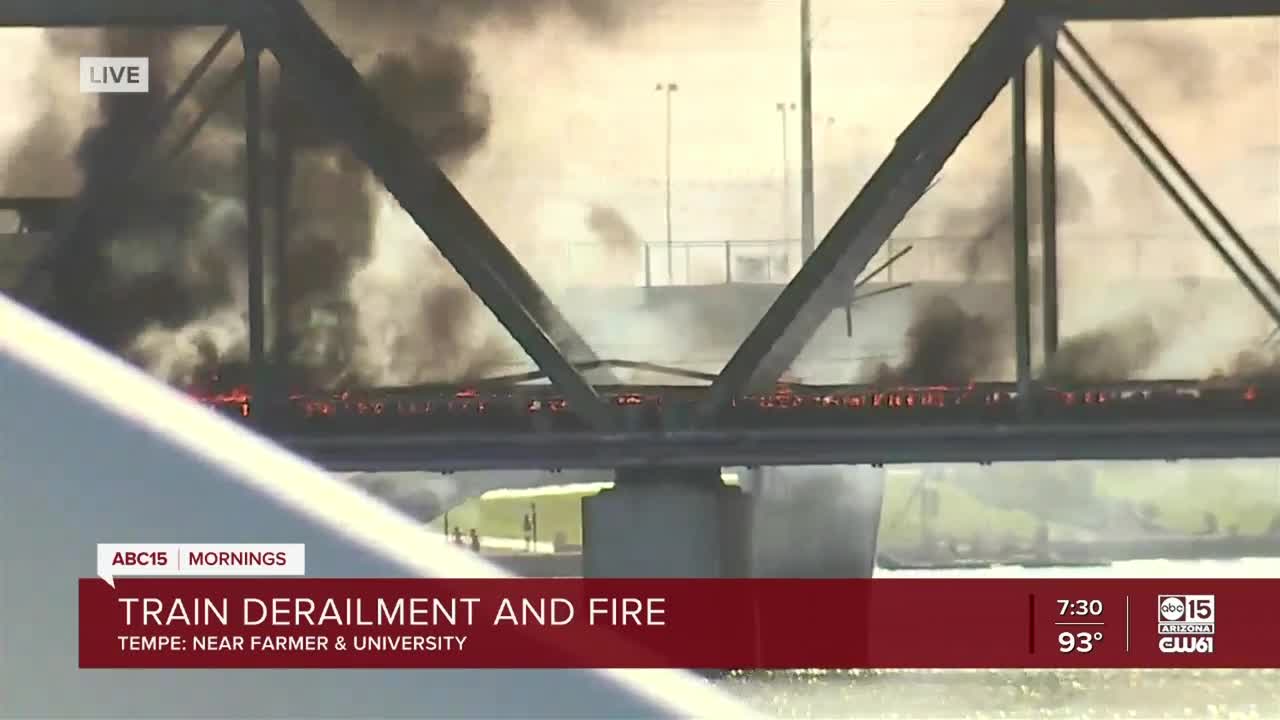 Stunning Footage in Aftermath of Train Derailment on Bridge in Arizona

A train fire and derailment caused a partial collapse of a railroad bridge over Tempe Town Lake.

The incident happened at around 6am local time.

Tempe Police noted on Twitter that several roads are now restricted following the incident, and warned residents to "please avoid the area".

Tempe police tweeted: '@TempePolice and Tempe Fire are on scene of a train derailment and large fire over Tempe Town Lake.

Johnny Grove, who filmed this, posted online: "One of Tempe's oldest train tracks over Tempe Town Lake on fire from a train". It' looks like a scene from hell, truly.

Service Alert: Buses are now transporting passengers around the fire scene in Tempe.

Tempe police and fire crews have rushed to the scene where thick smoke has filled the air. The crash is being described as second-alarm hazardous until first responders can determine whether or not any hazardous materials were being transported on board. Valley Metro light rail service in the area has been interrupted. The fire was reported about 6 a.m. PST.

A derailed tanker was also labeled with a hazardous materials sign.

Plumes of smoke could be seen rising into the morning sky beneath a trail of flames on video and images from the site of the derailment, where part of the bridge collapsed.

The 2.5-mile man-made lake near Arizona State University is a popular recreation spot for jogging, cycling and boating.