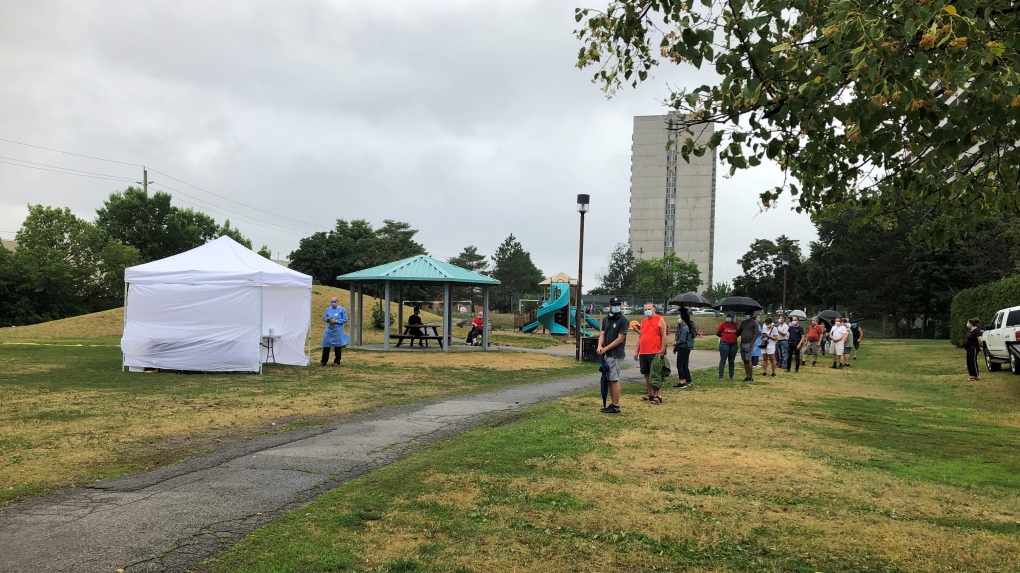 Ottawa Public Health says, "Wearing a mask or face covering should not replace other protective measures including physical distancing, hand washing, not touching your eyes, nose or mouth with unwashed hands and self-monitoring for COVID-19 symptoms".

The number represents a return to normal after Ottawa Public Health (OPH) reported a spike of 16 cases on Saturday, something it attributed to a reporting delay. Ontario is reporting 116 new cases of COVID-19 in the province.

Two of the new cases were among workers in the agri-farm sector and four were close contacts of people who had previously tested positive for the virus. Of those, 1,174 people have recovered, 487 are still self-isolating, and 68 have died. On Thursday, officials reported three deaths related to the disease.

There were 47 active cases in Ottawa and three people were in hospital, including one in the intensive care unit, as of Sunday's update.

There has been a total of 36,464 confirmed cases in Ontario to date, with 32,155 resolved, and a total of 2,710 coronavirus deaths, according to the province. "And in essence, in one way we do, but in consideration of a very much sequestered outbreak that put us well over".