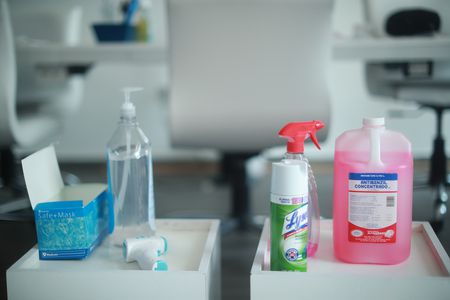 "The EPA's approval recognizes that using Lysol Disinfectant Spray can help to prevent the spread of COVID-19 on hard, non-porous surfaces".

The spray and Lysol Disinfectant Max Cover Mist are the first two products to gain such recognition.

More than 420 products are on the EPA's list of products that meet its criteria for use against COVID-19, known as List N. It includes some Clorox products and products from other major cleaning brands as well as many bleach products. The EPA test shows Lysol Disinfectant Spray can kill the virus at two minutes of use.

Before companies can legally say their products can kill a particular pathogen like the coronavirus, the claim must be authorized by the EPA based on a review of data.

EPA is expected to approve such claims for additional List N products in the coming weeks. Make sure you read all the labels and use each disinfectant as intended, and you should be safe.

"EPA's review of products tested against this virus marks an important milestone in President Trump's all of government approach to fighting the spread of COVID-19", Andrew Wheeler, the administrator of the agency, said in a statement.

The news comes one month after a CDC survey found that people said they were cleaning more frequently because of the pandemic, but only about half said that they really knew how to clean and disinfect their home safely.

"Our investment in research is a part of our relentless pursuit of a cleaner, healthier world", Ferran Rousaud, marketing director for Lysol, which is manufactured by Reckitt Benckiser, said Monday in a statement.