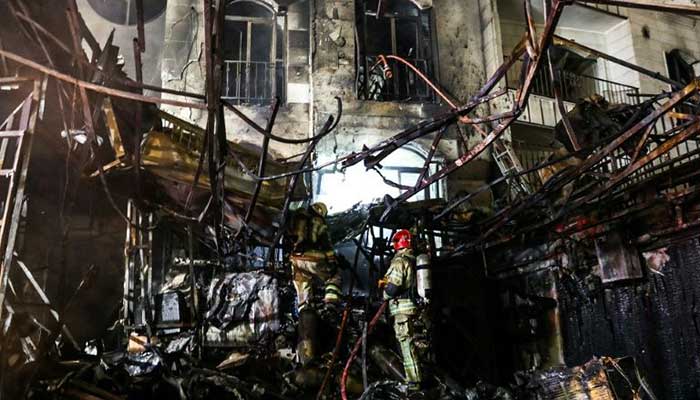 An explosion at a health clinic in northern Tehran killed at least 19 people on Tuesday, according to reports from Iranian state TV.

But Jalal Maleki, spokesman for the Tehran fire department, was quoted as saying that firefighters recovered six more bodies after the ensuing blaze was extinguished.

The emergency services later said the blast rocked Sina Athar Medical Clinic, not far from Tajrish Square, one of the busiest areas of the capital.

A gas leak at the Sina Athar Clinic caused the blast, which then led to a fire, Tehran Deputy Governor Hamid Reza Goudarzi told state television.

Some of the victims "were in upper floors in operation rooms, who were either patients being operated on or those with them", he said.

'They unfortunately lost their lives due to the heat and thick smoke'.

State TV said there could be more explosions because there were a number of oxygen tanks remaining in the medical center.

But a local newspaper announced on its social media Telegram channel that 17 people have been killed.

Ambulances were deployed to the site while police blocked off all roads leading to it.

The incident follows an explosion last week near a military site on the outskirts of Tehran that officials blamed on a gas tank.

Parchin is a site suspected of having hosted conventional explosion tests applicable to nuclear power, which the Islamic Republic denies.