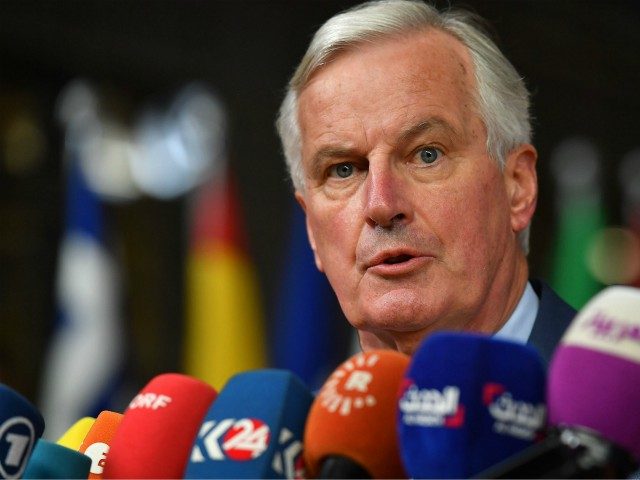 If they do not reach an agreement by the end of the year, tariffs and quotas will return on trade between the two sides. "October is too late for us to conclude this", the official said.

We can only take note that there has been no substantial progress since the beginning of these negotiations, and that we cannot continue like this forever.

"And to tell the truth, this week there have been no real areas of progress". And in para three says "it establishes the parameters of an ambitious, broad, deep and flexible partnership" ... and we are fully committed to that vision.

The EU demands continued access to Britain's territorial fishing waters, with the Common Fisheries Policy now allowing EU trawlers to land approximately 60 per cent of the fish caught in the waters around the United Kingdom while British fishermen go bust.

In a statement, Mr Frost said: 'Progress remains limited but our talks have been positive in tone.

Barnier accused UK Prime Minister Boris Johnson's government of trying to "backtrack" on commitments made in the Political Declaration it signed with the EU.

Among his words of disappointment at the lack of progress, plus accusations that the United Kingdom is constantly "backtracking" on commitments, you'll find clear indications of wiggle-room in Brussels: a possible softening of European Union demands on state aid rules and fishing quotas and an admission from Mr Barnier, that, if a deal were close this autumn, there would nearly certainly be a "dense" period of last-minute negotiations. Extension of the transition period has been ruled out, despite pressure from the European Union and anti-Brexit MPs to extend it by two years, with its end date currenty confirmed in British law.

Mr Barnier said there were "serious areas of blockage" including fishing, police and security co-operation and a so-called "level playing field" on trade rules.

The next round of negotiations, either in late June or early July, will be the "moment of truth", he added.

"If we are to make progress, it is clear that we must intensify and accelerate our work". We are close to reaching the limits of what we can achieve through the format of remote formal rounds. We are discussing with the commission how this can best be done.

According to a report by the UK in a Changing Europe think-tank, the services sector which accounts for around 80% of the UK economy, has been largely missing from UK-EU trade negotiations which entered their fourth round this week.

Turning to other subjects, Clauss said a deal to establish a 750 billion euro ($840 billion) recovery fund for Europe was possible this summer, but would be hard.