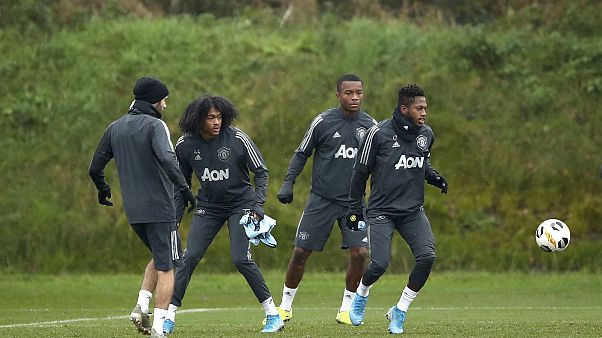 A total of 748 players and staff at 19 of the 20 clubs were tested and six, from three clubs, came back positive.

The EPL had said on Monday: "Premier League Shareholders today voted unanimously to return to small-group training from tomorrow afternoon, the first step towards restarting the Premier League, when safe to do so".

Premier League organisers appear to have concluded plans to beam the remaining matches live on free-to-air television when the league resumes in June.

The news is the latest obstacle in the way of a successful restart of top-level English football, with the Premier League announcing on Tuesday evening that six positive tests of Covid-19 were recorded following the first phase of mass testing. The Premier League has decided not to disclose the individuals names due to data protection reasons.

However, Newcastle manager Steve Bruce praised the attention to detail in the Premier League's protocols and said the vast majority of his players are in favour of a return to training.

The Premier League never went from after Harvey Barnes's 85th-minute strike for Leicester against Aston Villa proved to be the final goal of the campaign before the coronavirus interruption.

But with the Premier League only able to return if football adheres to strict social distancing measures, Masters has said that safety concerns must be allayed before a trophy presentation can be sanctioned.

Watford captain Troy Deeney has already said he would not return to training to protect the health of his family, with the club posting pictures of some of the squad back at the training ground on Wednesday. "I don't want to be bringing that home", he added.

"Nothing we can confirm yet, but we've got to make it work for everybody". "All three have asked that medical confidentiality be respected and, therefore, the club will not be naming those involved". But that doesn't mean that certain things are of no importance at all just because they are less important. "I've mainly just been homeschooling and keeping fit". The government's daily updated tally rose by 545 on Tuesday.

Spadafora told Rai 2: "I just called a meeting for May 28". "Of course if the NHS directed us as a consortium to change a priority in any way whatsoever to accommodate their needs, we would naturally do that". "We want to start again, to finish".