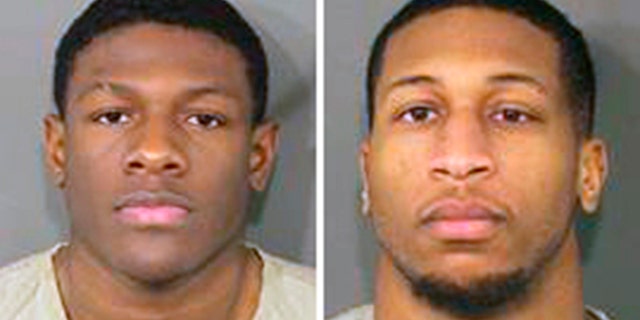 Two Ohio State football players were arrested and charged with rape and kidnapping Wednesday. and the allegations against the two Buckeyes are disturbing.

Ohio State football players Amir Riep and Jahsen Wint have been charged with rape and kidnapping, following an alleged incident at their Columbus apartment last week.

Both men are expected to be arraigned in Columbus on Thursday.

These allegations are potentially another blemish for one of the nation's elite college football programs, which routinely produces top NFL draft prospects.

"We are aware that two of our students have been arrested and criminally charged", an Ohio State spokesperson said in a statement.

We'll have more on this if it becomes available.

Court records allege the incident happened on February 4 about 9:45 p.m., according to Eleven Warriors.

According to the docs, officials say Riep was having consensual sex with a woman when she stopped, telling him she did not want to continue.

Riep instructed the woman to shower before driving her home, the Dispatch reported.

The affidavit says Wint then entered the room, and Riep asked "if he could join". Wint allegedly grabbed the woman by her neck and raped her, she said in the affidavit. She also said that Riep pinned her in place while Wint forced oral sex on her.

Wint is accused of holding the woman's face, according to court documents. The Brooklyn, New York, native has appeared in 35 total games.

Riep and Wint were largely backups this past season for the Buckeyes, whose 2019 campaign ended with a loss to Clemson in the College Football Playoff semifinals.