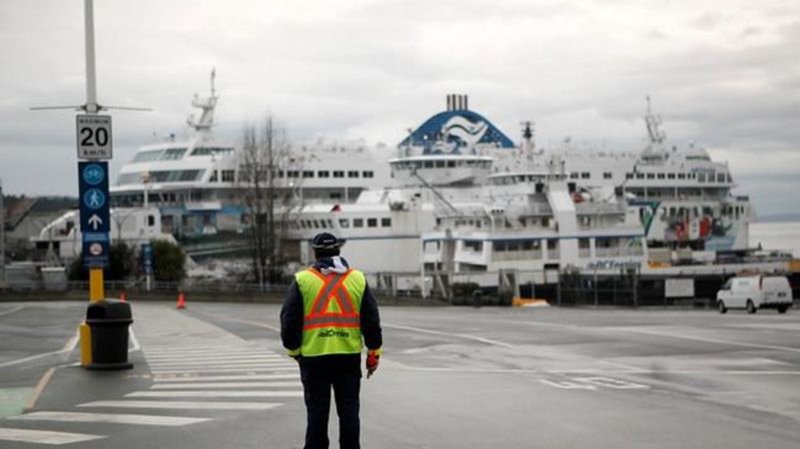 BC Ferries told CTV News that the 7 a.m. sailings out of Swartz Bay and Tsawwassen were held at the docks.

A statement from a group, which did not identify itself, said the demonstration is in support of Wet'suwet'en members opposing the Coastal GasLink pipeline in northern B.C.

The terminal reopened as the protest ended around 9 a.m., and traffic started flowing again. Another sailing between Swartz Bay and Tsawwassen left 2 ½ hours late and the 11 a.m. sailing out of Swartz Bay was cancelled.

A blockade by land and water in support of the Wet'suwet'en against the Coastal GasLink has reportedly blocked Highway 17 traffic from accessing BC Ferries' Swartz Bay terminal on Vancouver Island. Sidney RCMP were also on scene. To get that gas out of the ground, protestors point out, it must be fracked, and they say it's bad for the environment. "That doesn't look good, '" she said, speaking by phone from her spot in traffic.

Coastal GasLink is building the 670-kilometre pipeline as part of the multibillion-dollar LNG Canada project but hereditary Wet'suwet'en chiefs are opposed to it, despite a B.C. Supreme Court injunction preventing interference with the pipeline's construction. The project runs through Wet'suwet'en traditional territory.

The group of protesters said it was responding to an worldwide call for action, blocking Highway 17 right before the Swartz Bay terminal.

"We emphasize that provincial infrastructure can not be built or maintained through the colonization and destruction of the territories and waters that the Wet'suwet'en have governed since time immemorial", the statement reads.

"We just couldn't sit down".