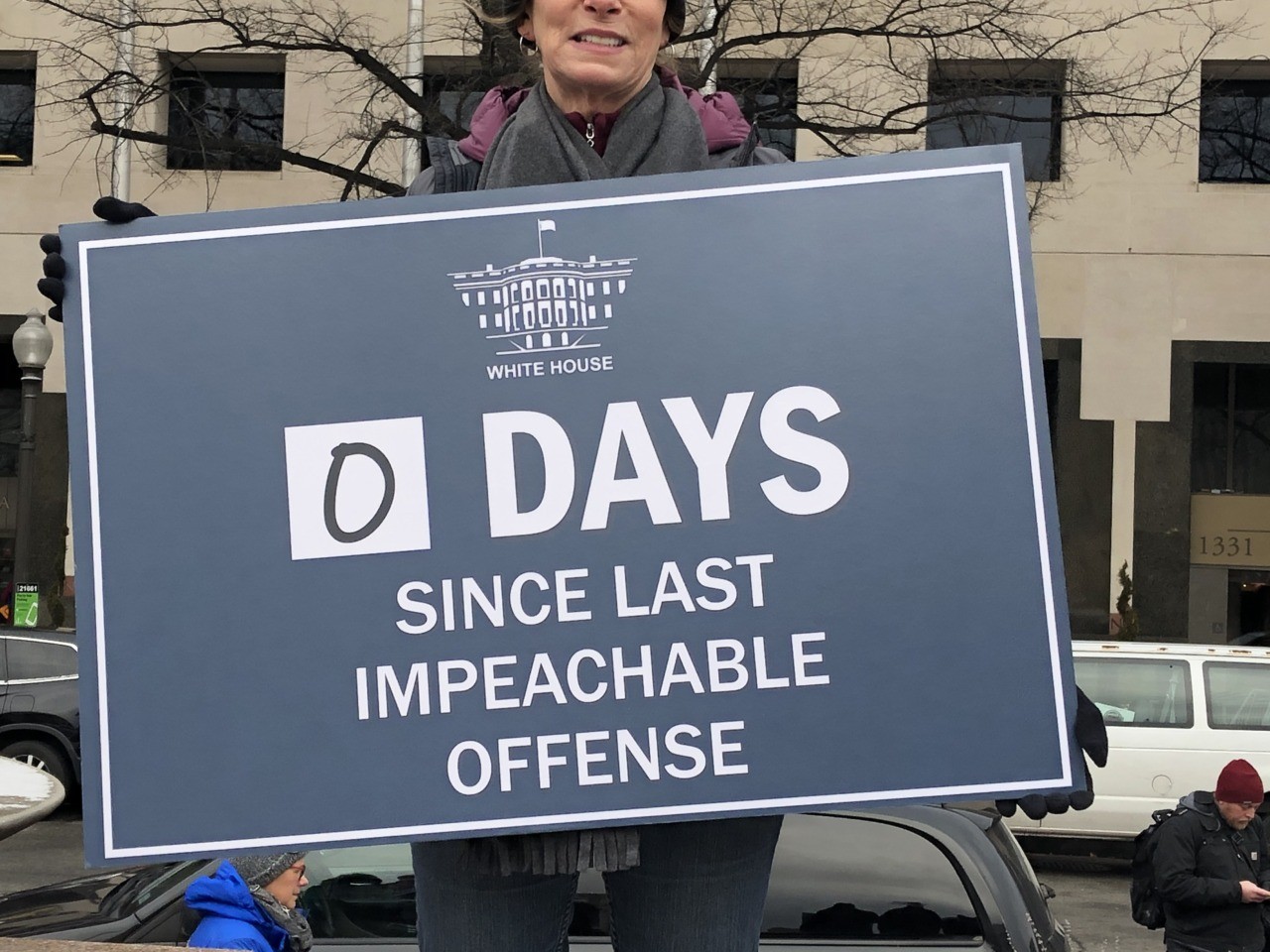 What's interesting is that the decision to "Photoshop" the signs was reportedly made during the development of the exhibit by a team that included David S. Ferriero, the Obama-appointed head of the National Archives.

The National Archives put out an apology on Saturday after admitting to digitally altering a photo with references they deemed inappropriate, including signs critical of President Donald Trump.

The 49-by-69-inch photograph contrasts the large-scale march to a 1913 image of a women's suffrage march.

The signals referring to the private parts of the women were also altered, which also became widespread during the march, which was held shortly after Trump took office.

The National Archives is apologizing for its decision to blur images of anti-Trump signs used as part of an exhibit on women's suffrage.

The spokeswoman for the archives, Miriam Kleiman, told the Washington Post in her report that the non-partisan and non-political federal agency blurs anti-Trump references "so as not to get involved in the current political controversy".

In other words, the National Archives tweaked the historical images a bit to avoid a "political debate", as the Archive spokesman put it.

"Our mission is to safeguard and present net staunch of entry to to the nation's most necessary federal data, and our displays are one ability whereby we join the American folks to those data". That was, to be sure, the appropriate response, and it was good to see the Archives acknowledge the misstep quickly, while vowing to take steps to ensure the mistake isn't repeated.

"We apologize, and will immediately start a thorough review of our exhibit policies and procedures so that this does not happen again", the Archives said in a tweeted statement Saturday.

"Doctoring a commemorative photograph buys right into the notion that it's okay to silence women's voice and actions".

The edited photo "was an attempt on our part to keep the focus on the recordings" and was "part of a promotional display, not an artifact", according to NARA.

An archive spokesperson tells TIME the display has been removed and will be replaced with unaltered images. "That's an attempt to erase a powerful message". His name was noticeably altered in the photo and was barely legible.

"However, we were wrong to change the image", said the agency. "If you don't have transparency and integrity in government documents, democracy doesn't function".