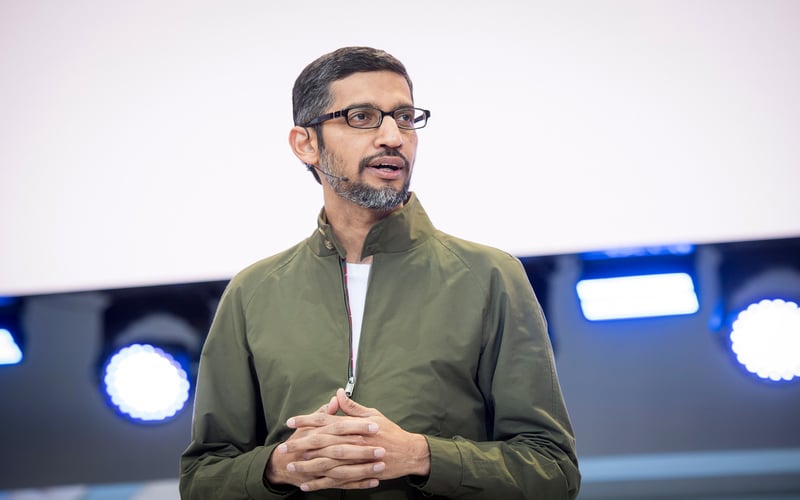 In his Financial Times op-ed, Pichai (pictured) expressed support for the creation of legal standards to govern AI use and argued that global regulators should craft rules based on "international alignment".

His comments come as lawmakers and governments globally are considering to limit the use of AI in fields such as face recognition system - an issue close to Microsoft President Brad Smith's heart who has often criticized the technology, urging governments to enact legislation regarding the technology.

Artificial intelligence is "too important" not to be regulated because of the damage it could cause if left unchecked, the boss of Google has said.

Mr Pichai noted that while AI had enormous potential there were also considerable dangers, such as the misuse of deepfakes, which are computer-generated clips that are created to look real.

Part of this includes a moratorium of up to five years on using facial recognition technology in public areas, to give the European Union time to work out how to prevent abuses, the paper said.

The CEO said: "Growing up in India, I was fascinated by technology".

"The story is full of examples of how the virtues of technology are not guaranteed", he wrote.

The approach of potentially mirroring in the industrial sector the EU's stance on protecting personal data was something that Pichai said Google could get behind.

He urged governments to align their rules and agree on core values. However, the companies' CEO Sundar Pichai is anxious about the technology would be misused in certain aspects, so he wants to bring stronger regulations for the use of AI by working with governments.

Pichai cited three concrete examples of how Alphabet and Google are tapping AI's potential. We offer our expertise, experience and tools as we navigate these issues together.

Google is one of the world's most prominent AI developers - its virtual helper, the Google Assistant, is powered by the technology, and the company is also working on a number of other products, including driverless cars, which utilise AI. "The only question is how to approach it", Pichai wrote in his piece.

A sensible approach that balances "potential harms, especially in high-risk areas, with social opportunities" is Pichai's recommendation and in his editorial, he also pointed to Europe's GDPR as a "strong foundation" for AI regulation. The companies have established their own AI principles to help guide ethical development and use of the technology, including avoid bias, test rigorously for safety, design with privacy top of mind, and make the technology accountable to people.