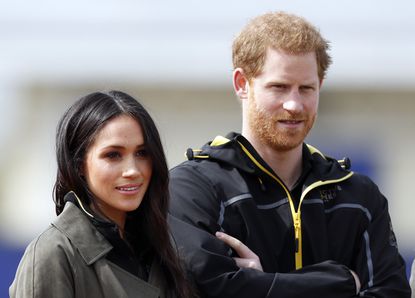 Meghan Markle and Prince Harry stunned Britain with their announcement

Prince Harry and his wife, Duchess of Sussex Meghan Markle, announced their decision to "step back" from their royal duties last week.

The royal couple, who only returned to the United Kingdom last week following a six-week break in Canada, released a statement on their official Sussex Royal Instagram account on Wednesday in which they confirmed that they wanted to carve out "a progressive new role within the institution" by balancing their time between the United Kingdom and North America.

The queen described the situation as "a complex matter", but added that she had requested that financial decisions are reached in the coming days.

Though the statement did not name the newspaper, the Times of London has a front page story about the crisis in which a source alleged that Harry and Meghan had been pushed away by the "bullying attitude" from William.

On New Year's Day, Markle helped a Victoria couple take a picture when the royal couple was out for a hike and saw the couple struggling with a selfie stick.

There was a meeting this Monday where Queen Elizabeth declared her support for Harry and Meghan Markle's plans.

The monarch stressed the couple told her "they do not want to be reliant on public funds", but did not address the issue of whether they would keep their royal titles.

Queen Elizabeth issued the statement following crunch talks with Prince Harry as well as his brother Prince William and father Prince Charles. Meghan is expected to join via telephone from Canada.

They also said they wanted a "progressive new role" within the institution, where they would be financially independent.

Apart from the senior royal members, the summit will also be attended by cabinet secretary Sir Mark Sedwill, who was the country's most senior civil servant, as well as senior aides from Buckingham Palace, Clarence House, and Kensington Palace.

Prince Harry's wife, former actress Meghan, is believed to have participated in a video call from Canada, where she is staying with the eight-month-old son of the couple, Archie.