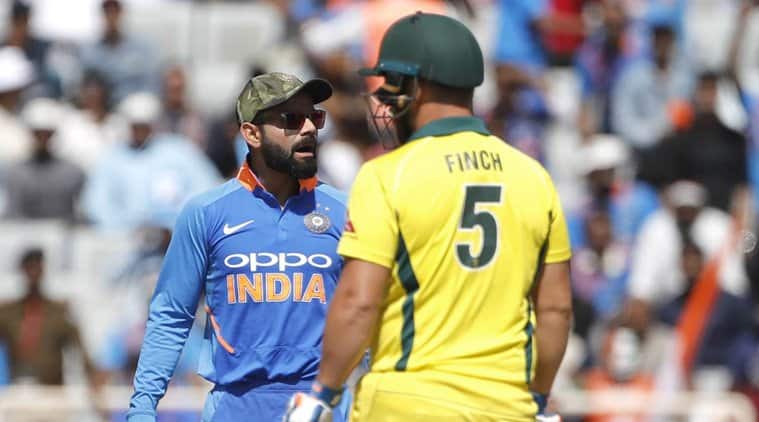 Australia openers David Warner and Aaron Finch both struck superb centuries to complement their bowlers' inspired display as the touring side handed out a 10-wicket thrashing to India in the opening one-day worldwide in Mumbai. After the 16-member squad for the five-match T20 series was announced late on Sunday night, the BCCI, in its release said, "Vijay Shankar has been picked in the India A squad for New Zealand since Hardik Pandya's rehabilitation is taking longer than expected".

India captain Virat Kohli had cautioned against "panic" after the hosts plummeted to a 10-wicket defeat to Australia in Mumbai, and admitted that a "rethink" was needed when it came to the renovated batting order.

Warner raised his 18th ODI hundred in 88 balls with a boundary off Indian quick Jasprit Bumrah as he jumped with joy and kissed his helmet to celebrate the knock. He also hit three sixes.

Rishabh Pant has been diagnosed with concussion, resulting in his not being able to take the field for the second half of the first ODI against Australia in Mumbai.

Rahul (47) put on 121 for the second wicket along with Shikhar Dhawan (74), but his dismissal proved the turning point for Australia's bowlers, as India quickly fell to 164-5. Even in the World Cup, KL Rahul was initially India's No. 4 batsman before Dhawan's injury thrust him to the forefront of the batting line-up.

Pat Cummins was brought back from the other end to send Dhawan back to the pavilion after flicking the ball to cover where Agar took the catch. But Kane Richardson claimed Jadeja and Cummins got Pant for 28.

To compound India's woes, wicketkeeper Pant suffered a concussion after being hit on his helmet by a short-pitched delivery from Cummins.