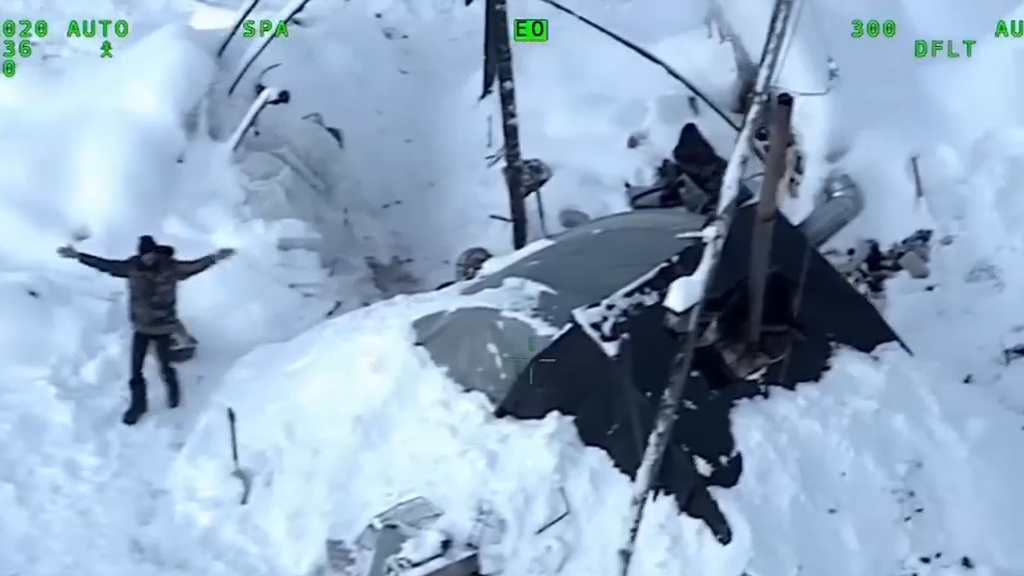 Alaska State Troopers shared footage from the rescue, which showed Steele standing in the snow waving his arms to troops in a helicopter while standing beside a massive SOS signal carved in the snow.

The trooper helicopter transported Steele to Anchorage. The hut was in the remote Susitna Valley, north-west of Anchorage, about 20 miles from the town of Skwentna.

But when Steele went outside, he listened to Phil groaning- within. He brought plenty of food, matches, his rifle, a "crappy phone" - as it would later turn out - and of course, Phil, his 6-year-old chocolate Labrador.

It was so cold, he said, that his urine would freeze in a bucket by the fire after just a few minutes.

The fire ignited hundreds of rounds of ammunition and a propane tank in the cabin - stored near the food supply.

He admitted to the troopers that the fire resulted from a "hasty" mistake.

Mr Steele was also able to scavenge some canned food and jars of peanut butter that had not yet been destroyed. The cans were melted or popped open by the heat.

Freezing temperatures can be enough to make most of us contemplate never leaving the house again, so spare a thought for a man forced to survive for 22 days in the snowy wilderness after his log cabin burnt down.

"Once I got the second shelter built, I kept a fire in the woodstove perpetually", Steele said. "I've just always been in the outdoors", he said. I slept for a really long time. And it was, it was warm.

Mr Steele slept in a snow cave for two nights before creating a tent-like shelter out of tarpaulin and some off cuts.

Since Steele lost his phone in the fire, he made a decision to wait things out and hope that someone would call for a welfare check. Nothing. I have no words for what sorrow; it was just, just a scream. "It's not about keeping the shelter warm, because it basically just took that edge off". "I could still see my breath, but at least I wasn't suffering".

The 30-year-old wrote "SOS" in large letters in the snow, enabling him to be spotted from overhead - as he had been stranded in an area that was not accessible by road.

Steele said he didn't know how long it would be before anyone would check on him.

He said he'd heard someone lived about five miles away at Donkey Creek Lake, but heavy snow made it challenging to walk far. If a person had not stopped by Day 35, he would certainly laid out.

Steele rationed his 30 days of food until a request for a welfare check from friends led authorities to him.

"I'm probably going to go back home to Salt Lake City", he told troopers. "Not "back" home, because this is my home", he said of the Alaska wilderness.