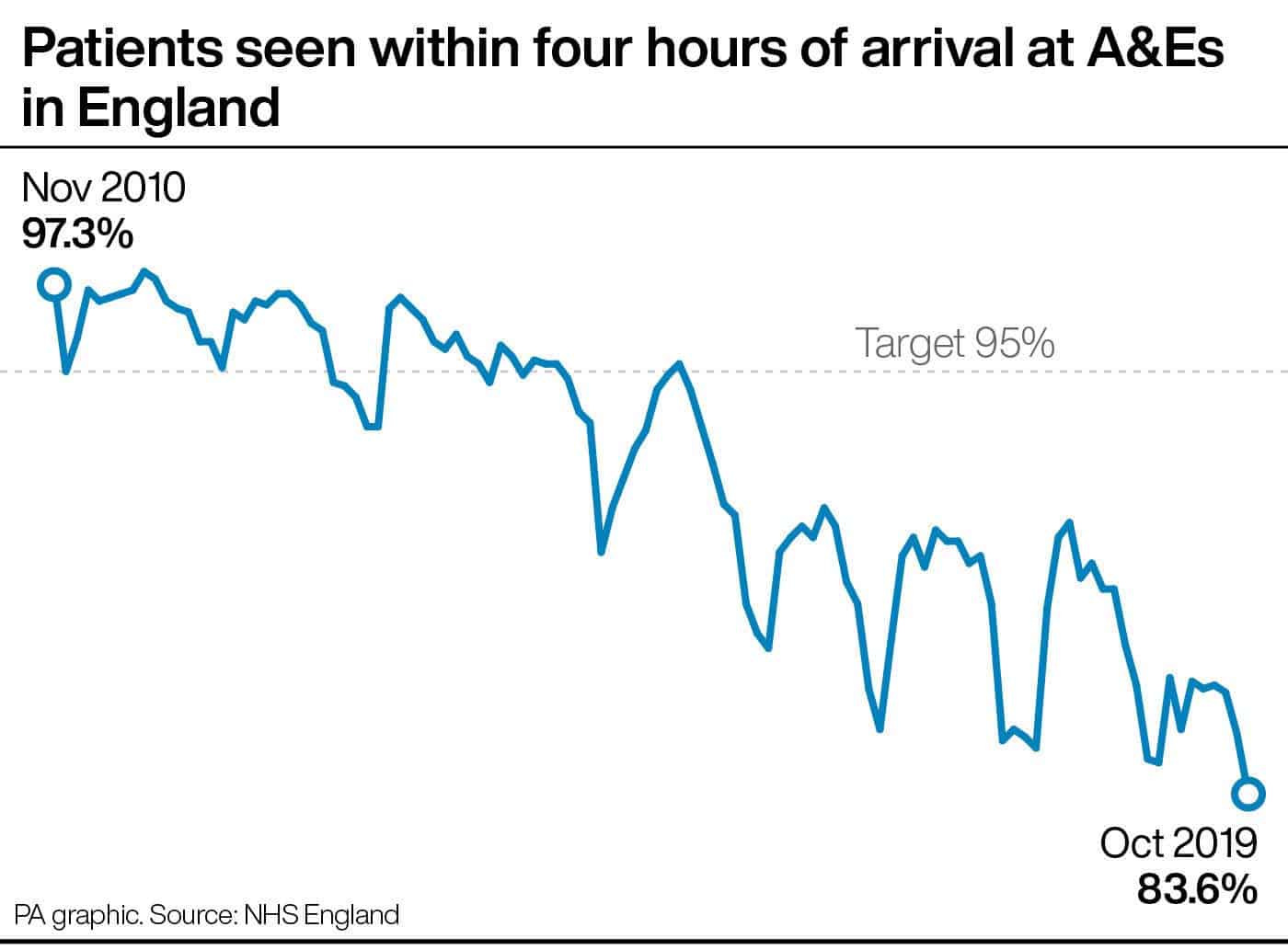 Johnson then removed the phone from his pocket and looked at the screen.

Pike then accused the Prime Minister of having taken his phone, and once again asked him about the image.

He said he was "horrified" by the incident involving Jack, adding: "It's not good enough and I have apologised". "We need a Labour government to save our NHS", he said.

As he left, the health secretary was met by a group of protesters shouting at him.

The woman, in her 50s, who does not want to be named, said she'd accepted a friend request from someone claiming to be an old school friend on Monday afternoon.

Jack was taken into Leeds General Infirmary last week after being ill for six days, his mother told the Mirror.

His mother, Sarah Williment, said she had to make a makeshift bed on the floor with coats for four hours because of a shortage of beds in the ward.

She said: "I am frustrated about the system and the lack of beds, which I am presuming is due to a lack of funding to the NHS to deliver the services that are required".

The Chief Medical Officer for Leeds Teaching Hospitals - Dr Yvette Oade - accepted the situation had occurred and offered an explanation as to why.

"We are extremely sorry that there were only chairs available in the treatment room, and no bed".

He said: "Boris Johnson should personally apologise to Jack and his family".

He asked the PM to look at the photo of Jack on his phone several times.

After apologising to Mr Pike for pocketing his phone, he looks at the photo and says: "It's a bad, awful photo, and I apologise obviously to the family and all those who have bad experiences in the NHS, but what we are doing is supporting the NHS and on the whole I think patients in the NHS have a much, much better experience than this poor kid has had".

Johnson then put his hand in his pocket, took out and looked at the phone, saying: "I'm sorry, look".

Mr Pike said: "You refuse to look at the photo". I attach below a screengrab of multiple accounts who also claim to have a "good friend" at LGI.

The Labour Party is trying to focus the campaign on the NHS, but the Tories are keener to talk about "getting Brexit done".

He was heavily criticised after he grabbed the phone and pocketing it before apologising for doing so and describing the image as a "terrible, awful photo", but insisted his Government is supporting the NHS.

"What we are doing is supporting the NHS and on the whole, I think patients in the NHS have a much, much better experience than this poor kid has had".

Labour's shadow health secretary Jonathan Ashworth: "Refusing to even look at an image of a child suffering because of Conservative cuts to the NHS is a new low for Boris Johnson".

It comes as Labour warns that five more years of Tory rule could cause NHS waiting lists to grow to 5.8 million people by the end of 2024. "Sick toddlers like Jack deserve so much better".

After a reader contacted him about the claim, James Mitchinson, Johnston Press' editorial director for Yorkshire, tweeted a letter he had sent her outlining the newspaper's processes for verifying the story.