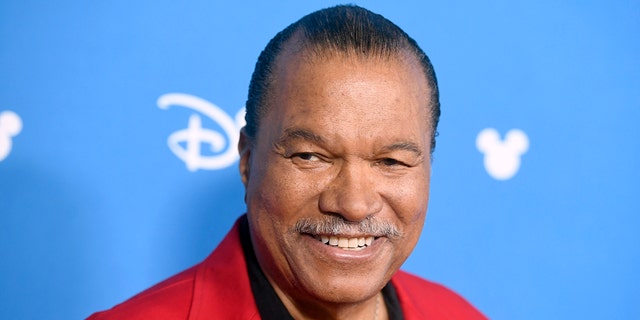 Jonathan Kasdan, co-screenwriter for Solo: A Star Wars Story, revealed last year that there was "a [sexual] fluidity" to the character of Calrissian played by Williams and, in recent years, Donald Glover.

"Well, first of all, I asked last night. I said, 'What the hell is gender fluid?' That's a whole new term", the actor shared. I was talking about men getting in touch with the female side of themselves.

"There's a phrase that was coined by Carl G. Jung, who was a psychiatrist, who was a contemporary of Sigmund Freud, and they had a splitting of the ways because they had different ideas about the ... what do you call it?" Consciousness. Unconscious. It's a collective consciousness.

The actor said that what he was actually talking about was "what Carl Jung talked about, the anima-animus: the anima being the female counterpart of the male self, animus..."

Williams further clarified: 'So, that's what I was referring to.

However, despite being praised for his "openness" by filmmaker friend J.J. Abrams, in a later interview with The Undefeated he clarified his comments, insisting he was instead talking about "men getting in touch with their softer side of themselves".

Williams, 82, will be reprising his role as Calrissian for Star Wars: The Rise of Skywalker in December.

He also seemed confused about the difference between gender and sexuality, adding: "I wasn't talking about running around and having a good time, playing male or female sexual games".

"No, no, no, I'm not gay-by any stretch of the imagination".

To people already familiar with Billy Dee Williams, it made a lot of sense, considering he had starred in other films like Mahogany and Lady Sings The Blues in the years prior. "But personally? Not gay".

He told Esquire magazine: "Be yourself". "I think of myself as a relatively colourful character who doesn't take himself or herself too seriously..."

"You see, I say "himself" and 'herself, ' because I also see myself as feminine as well as masculine", he continued. "I'm a very soft person. I'm not afraid to show that side of myself".