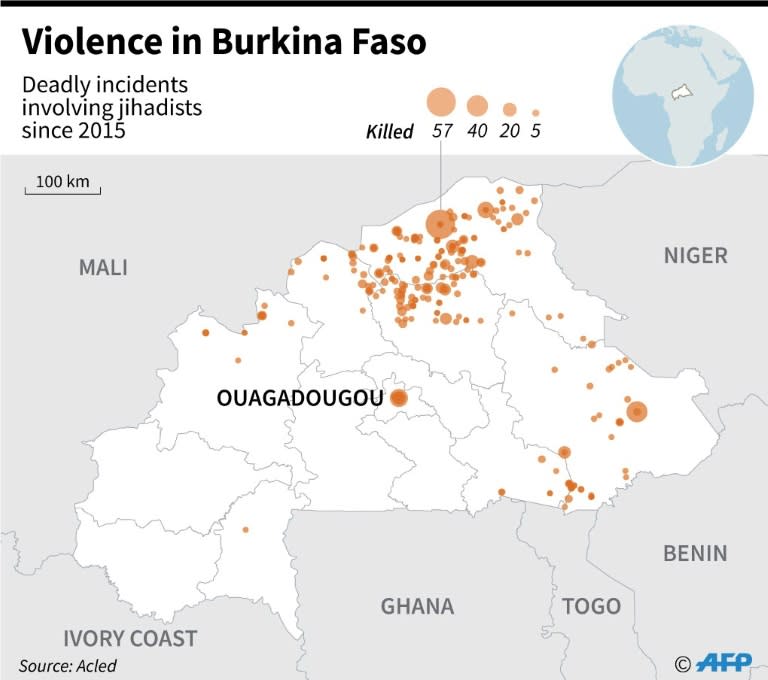 M - At least 14 people including teenagers have been shot dead at a church in Burkina Faso during Sunday mass, Sky News reports.

The identities of the gunmen were not immediately clear and further details on the attack had yet to emerge.

When posting on Twitter, President Roch Marc Christian Kabore said Sunday that he condemned "the barbaric attack" in the city of Hantoukoura. The armed forces of Burkina Faso were taking care of the injured and searching the area, the government said in a statement.

Several other people were wounded in the attack which took place in the village of Foutouri in the Est region of the country.

Soldiers in the region were hunting down the assailants, who fled on scooters, the second source said.

Burkina Faso was once a pocket of calm in the region, but the past year's violence has killed hundreds and forced almost a million people from their homes.

The attack came less than two months after 37 people were killed in an attack on a mining company, with additional 60 people believed wounded.

In May, gunmen stormed a Catholic church in Dablo, a rural community about 100 kilometres north of the town of Kaya in the country's north-east, killing six people.