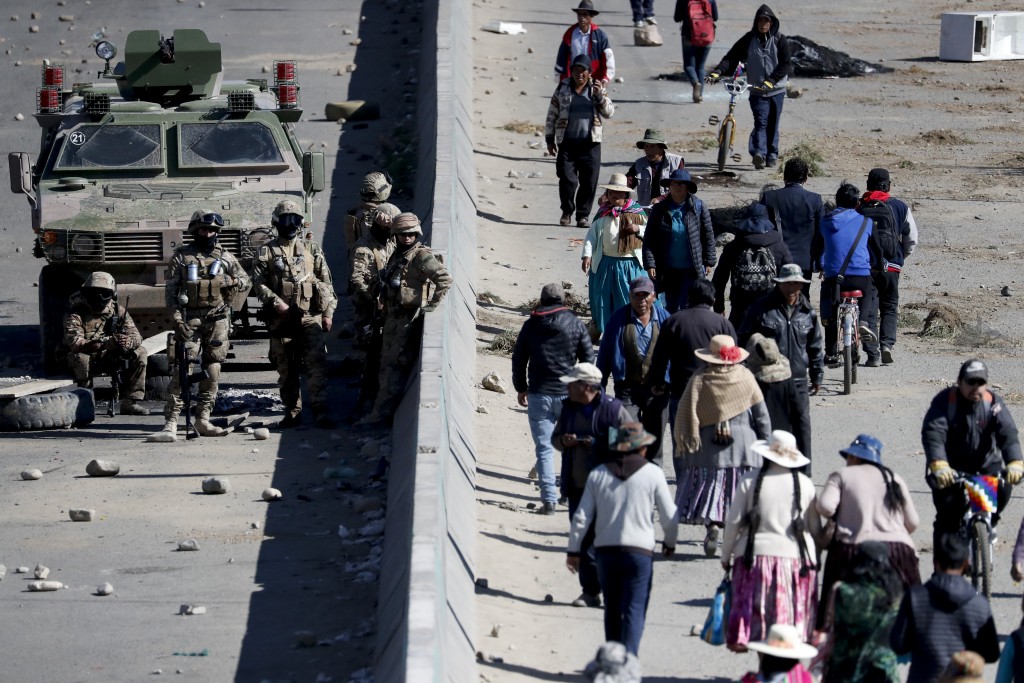 Morales said at a news conference that he was Bolivia's "president-elect", a reference to his claim to have won the October 20 vote despite allegations of fraud.

Justice Minister Alvaro Coimbra stated the hope was for Congress to approve the legislation "as soon as possible", to permit the choice inside 15 days of a brand new election tribunal, which might be answerable for selecting a date for the poll.

In a press conference from exile in Mexico City, former Bolivian President Evo Morales caled on the worldwide community to intervene in Bolivia to stop what he called a "genocide" against indigenous people.

Bolivia's Jeanine Anez, leader of the interim government supported by the opposition, presented a bill to the Legislative Assembly on Wednesday that calls for new elections.

The ex-president said that 'I do not have to be outside Bolivia, but I am very sorry that, because of internal and external political decisions, they do not want me to return'.

The Washington-based Organisation of American States, which audited last month's elections and found irregularities, on Wednesday approved a resolution calling on Bolivia to "urgently" hold a new vote.

He stepped down on November 10 under pressure from protesters, civil groups, security forces and allies, as well as an worldwide audit that found serious irregularities in the election count and cast doubt on his announced outright victory.

The United Nations, the European Union and the influential Catholic Church have been trying to broker talks between Anez's interim government and opposition parties loyal to Morales to end the violence.

"Family members of at least two of the dead men said they were merely walking to work when they were shot by the soldiers", the Times reported.

"That is Evo Morales doing state terrorism", Murillo said, without giving the source of the three-minute video. "In the coming hours we will file an global lawsuit on this", Murillo stated.

Earlier in the day, Morales asked global mediators for assistance in returning from Mexico, where he was granted political asylum, to Bolivia.

The deadliest clashes occurred on Friday in the central city of Cochabamba, where nine people were killed in a confrontation between Morales backers and the security forces.

But the defence ministry issued a statement Wednesday night saying protesters had surrounded the plant again and security forces were protecting it to avoid 'any type of attack'.

Morales supporters erected barricades across the El Alto plant final week to protest what they stated was a coup by Anez.