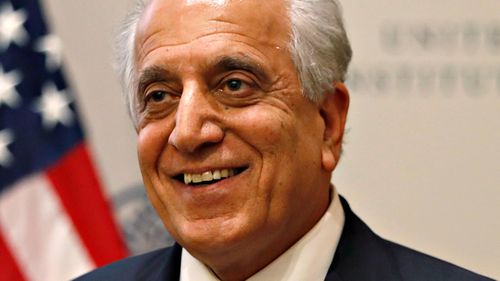 American Kevin King and Australian Timothy Weeks were both professors at the American University of Afghanistan in Kabul when they were ambushed and abducted by gunmen while leaving the campus in August 2016.

But according to the Taliban, an unofficial cease-fire is now being observed in three districts of the province - Shahjoy, Shahmatzo and Naw Bahar - possibly to facilitate the release of the two hostages.

Three Taliban sources in the province also said the hostages had been released, with one saying they have been brought there by auto. A former Taliban ambassador now based in Doha, Mawlawi Abdul Salam Zaeef, confirmed that the prisoners had arrived.

However, they were allowed to join the Taliban team negotiating directly with Washington's peace envoy Zalmay Khalilzad. One of the high-ranking officials at the Taliban office in Qatar is the brother of one of the released detainees.

Both men said they were being treated well by the Taliban but that they would remain prisoners and unless their governments could negotiate their freedom.

King and Weeks, the 2 captives held by the Taliban have been kidnapped in 2016 outdoors the American College in Kabul wherever they the 2 get the job carried out as teachers.

"The two professors are safely freed and are being taken care of now", said a senior Afghan official on condition of anonymity because he was not authorized to speak to the media.

It is believed his captors, the Americans, kept him in a prison in the UAE for some time until he was handed over to the Afghan government in Kabul and imprisoned at Bagram air base. His older brother Sirajuddin Haqqani is the second-in-command in the Taliban hierarchy and heads the deadly Haqqani network blamed for many attacks on the US and North Atlantic Treaty Organisation forces.

"We have chose to release these three Taliban prisoners who were arrested outside of Afghanistan", Ghani said, in order "to facilitate direct peace negotiations", The Associated Press reported.

In two separate phone calls with U.S. Secretary of State Mike Pompeo and Nation Security Advisor Robert O'Brien, Ghani reviewed how the swap would be implemented, according to his spokesman Sediq Sediqi.

"Pompeo reiterated US support for Ghani's decision and committed to work closely together to address violence if the president's decision does not produce the intended results", according to the statement.

They were on the verge of a deal when US President Donald Trump scuttled the talks in September, citing Taliban violence. Their father, Jalaluddin Haqqani, was a US ally during the Soviet invasion of Afghanistan in the 1980s.

The swap had been expected to take place within hours of Ghani's announcement but diplomats soon flagged a problem and after two days, a Taliban spokesman said the group had yet to receive its prisoners.

"Pakistan welcomes the release of Kevin King and Timothy Weeks in Afghanistan and appreciates the efforts of those who make it possible". The Taliban have also made no public comment on the agreement to negotiate with the government in response to the exchange of prisoners.