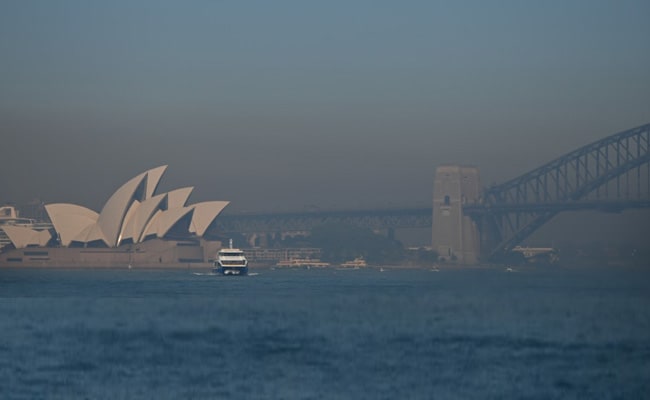 Authorities said the source of the smoke on Tuesday came from a blaze in Wollemi National Park, 150km (93 miles) north-west of the city, which had grown to 150,000 hectares in size. Many of those areas have experienced poor air quality for weeks.

A southerly of between 30 and 50 km/h is predicted to arrive in Sydney at around 5pm on Tuesday afternoon which could help improve the air quality across the Sydney basin.

A poor air quality warning is in place, with people suffering from respiratory issues urged to keep their medication with them at all times.

NSW Health says those with conditions such as asthma, emphysema and angina are particularly sensitive to the effects of smoke.

New South Wales faces two "tough days" this week with temperatures likely to rise to the 40s towards the end of the week and no rainfall forecast.

Some 1.6m hectares of land have been burnt so far - more than the entire 1993-94 bushfire season.

NSW RFS said firefighters were working desperately to strengthen containment lines, with temperatures across the east coast set to soar for much of the week.

A DC10 air tanker has been drafted in from North America to help drop up to 38,000 litres of water and retardant on blazes and efforts will be bolstered by help from New Zealand firefighters, Mr Elliott said.