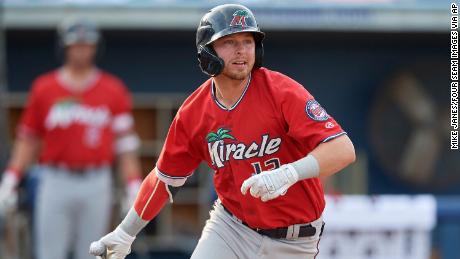 For the last year-and-a-half, Costello has been a part of the Minnesota Twins' organization. "Support is being offered to the Tuatara players, who are naturally devastated at the moment". "Costello will be huge, because he can play all over the field - first base, third base, as well as left field and right field", Manager Steve Mintz told Newshub New Zealand at the time. The team has since released a statement confirming the athlete's death, and said that "preliminary indications suggest he died of natural causes".

Costello was originally drafted in the 31st round of the Major League Baseball draft by the Seattle Mariners in 2017, and was traded to Minnesota in July 2018. The Mariners traded Costello to the Twins back at the trade deadline in 2018, along with Chase De Jong, in order to acquire left-handed reliever Zach Duke.

The Twins issued this statement on Monday morning: "The Minnesota Twins are deeply saddened to learn of the untimely passing of Ryan Costello yesterday in New Zealand. Our thoughts and prayers go out to his family and the entire Twins organization".

Costello recently completed his third minor league season, playing in Class A and Double-A, while batting.223 with 15 home runs in 108 games.

"His home run helped lift the Miracle to the FSL Championship in 2018".

He spoke of his desire to spend time with family after his first professional season in 2019. "I live about five minutes from a river, the Connecticut River, so we go fishing on the river a lot".

The Tuatara face the Perth Heat Wednesday at North Harbour Stadium in Aukland.