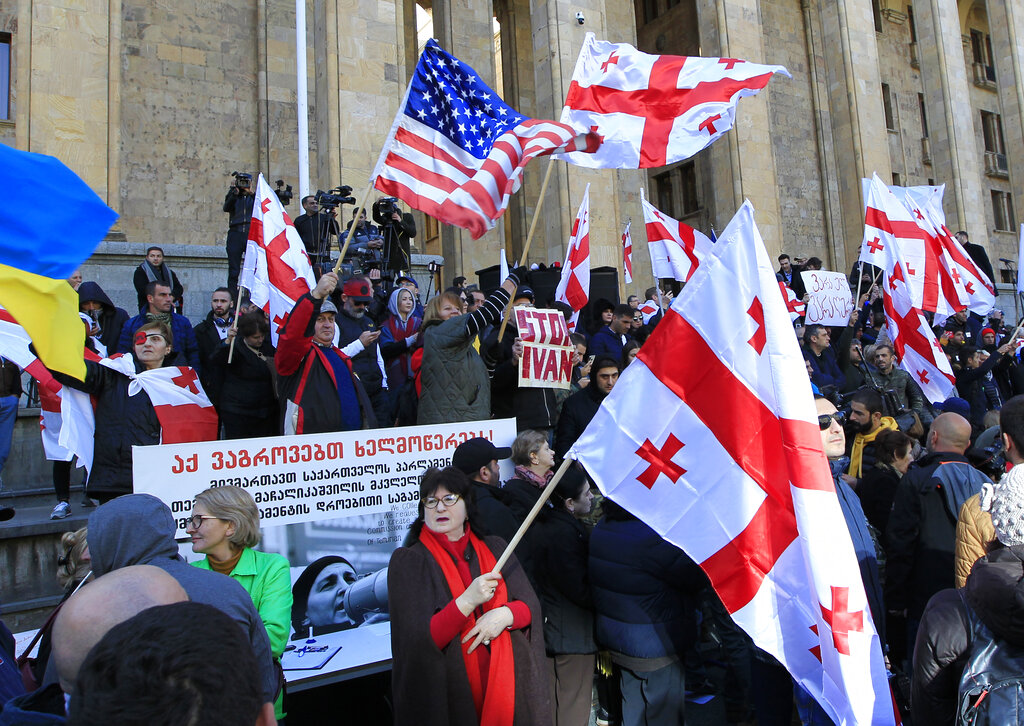 Despite authorities later setting up artificial barriers in front of parliament, a group of protesters remained to give speeches and continue chants of "Long live Georgia".

Riot police officers had to use a water cannon to disperse protesters who had been blocking the entrances to the Georgian parliament building.

The police crackdown came after more than 20,000 demonstrators rallied outside parliament on Sunday in the largest anti-government rally in years, urging the government to resign and calling for new legislative elections.

The Ministry of Internal Affairs of Georgia later confirmed that the demonstrators have been given time to leave the entrances of the parliament building.

The protest took place days after the ex-Soviet country's parliament failed to pass a planned electoral reform, a move to full proportional representation from the mixed system at present. We call on all parties exercising this right to do so in a lawful manner and within the framework of the Constitution.

"We encourage all sides to act in the country's best interests", the official statement reads.

The Georgian Dream party, including its billionaire founder and leader Bidzina Ivanishvili, backed the accelerated reforms, but the measure still failed to pass.

The US and European Union embassies said the failure to pass the legislation "increased mistrust and heightened tensions between the ruling party and other political parties and civil society".

The shift was scheduled to happen in 2024, but opposition parties demanded it be accelerated because, they say, the current system unfairly favors the ruling Georgian Dream party.

In power since 2012, the ruling party has seen its popularity plummet amid widespread discontent over economic stagnation and perceived backsliding on its commitment to democracy.