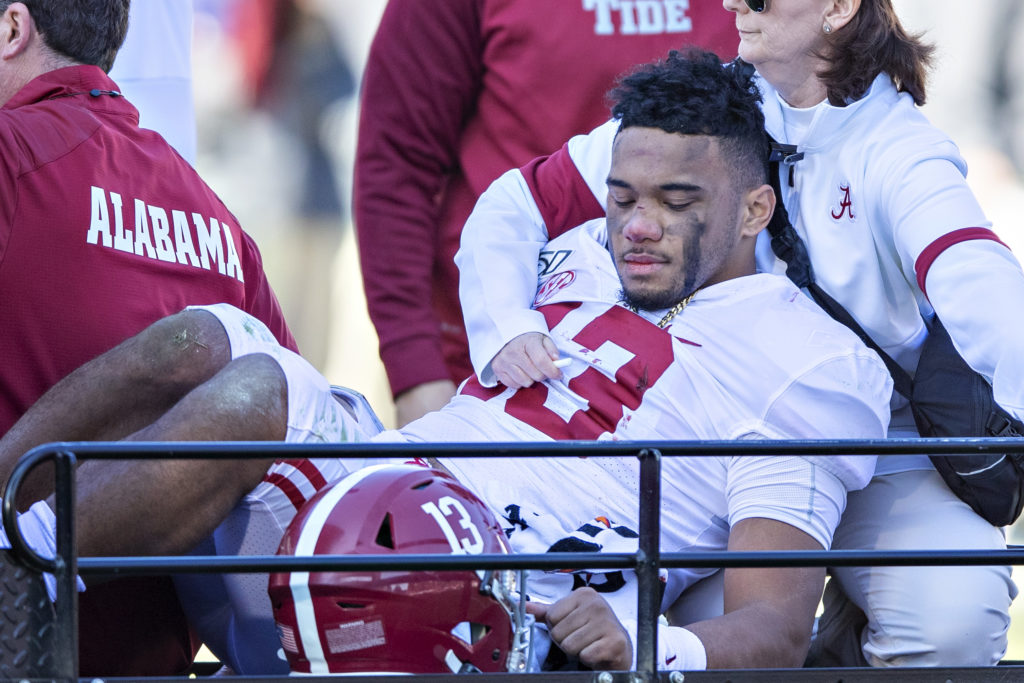 The injury occurred on the same right leg that Tagovailoa had surgery on for a sprained ankle suffered earlier this season against Tennessee.

Tua Tagovailoa's health was a major storyline ahead of No. 5 Alabama's game on Saturday at Mississippi State, but his injured ankle was the least of his or the team's concerns as halftime approached. Alabama was leading 35-7 late in the second quarter at the time of the injury. Head coach Nick Saban has taken a ton of heat for letting his Heisman-caliber quarterback stay in the game with a 38-7 lead.

Alabama medical staff came out onto the field to attend Tagovailoa after the big hit.

Aaron Suttles of The Athletic is reporting that Tagovailoa is out for the season with a dislocated hip with a posterior wall fracture.

"He is undergoing further testing to determine the best course of treatment", Dr. Lyle Cain, Alabama's orthopedic surgeon, said in a statement. He was replaced by Jones, who went 7 for 11 for 94 yards.

"We can second guess ourselves all we want", Saban said. We were going to go two-minute before the half, and Tua wanted to go in the game. So the guy played, and I thought he played really well.

Tagovailoa had completed 14 of his 18 passes for 256 yards and two touchdowns prior to the injury. But that was as close it got.

After the game, the mood among the Tide players was somber.

On Sunday morning, Alabama defensive lineman Phidarian Mathis shared a photo of himself and teammate Raekwon Davis visiting Tagovailoa in the hospital. Mississippi State had just 270 yards of offense and had only 82 yards passing against the Crimson Tide.

The Bulldogs must now win out to be bowl eligible.

Georgia beat Auburn, 21-14, on Saturday to clinch the SEC East.