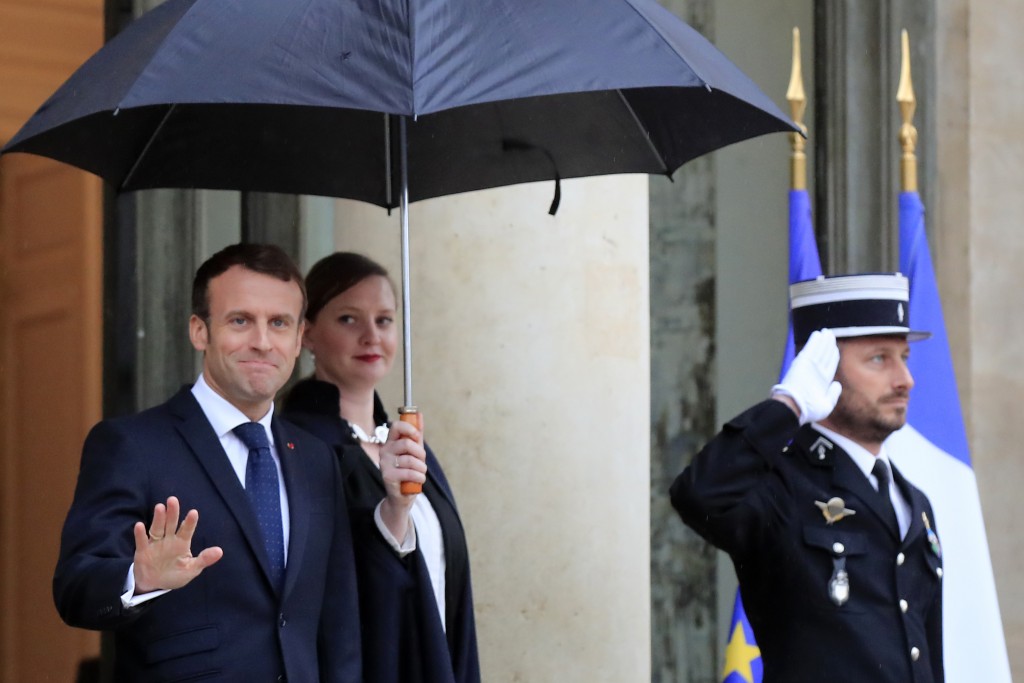 At least 33 people were arrested by late morning.

The interior ministry put the number of demonstrators at 28,600 nationwide but the organisers said almost 40,000 people had rallied.

The so-called Yellow Vest protests erupted in mid-November 2018 originally over fuel price hikes and the high cost of living but spiraled into a broader movement against President Emmanuel Macron and his drive for economic reforms.

The protests have lost strength in recent months, going from tens of thousands of participants to a few thousand, but the movement's leaders called for people to turn out yesterday to mark the first anniversary.

With many clad in black and wearing masks to hide their faces, rioters in parts of the city burned barricades, vandalised banks, set rubbish bins on fire and hurled cobblestones at police.

Two cars were overturned, a scooter and auto were on fire and police responded with tear gas and a water cannon.

Paris police chief Didier Lallement denounced "people who came not to defend a cause but to destruct things" and deplored "attacks against security forces but also against firefighters".

Around the southern city of Marseilles, yellow-vested protesters gathered at traffic circles to remind the government of their discontent.

No major incident was reported outside Paris on Saturday afternoon.

Police were deployed in numbers, especially along the Champs-Elysees, which was again closed off to demonstrators following the ransacking of shops that followed a protest last March.

A poll by the Elabe institute published Wednesday said 55 percent of French people support or have sympathy for the yellow vests, although 63 percent said they do not want the protests to begin in earnest again.

Drissi said the movement has evolved since the start. Just weeks before the protests erupted, Macron told a 25-year-old man looking for a job in Paris that "if I crossed the street I'd find you one".

Macron backed down on the fuel tax and offered €10 billion in measures to address protesters' concerns.

She said the movement brought the left and right together in an uneasily overlapping space.

In response, trade unions have called on railway workers, public transport staff, truck drivers and civil servants to strike against the pensions overhaul on 5 December.