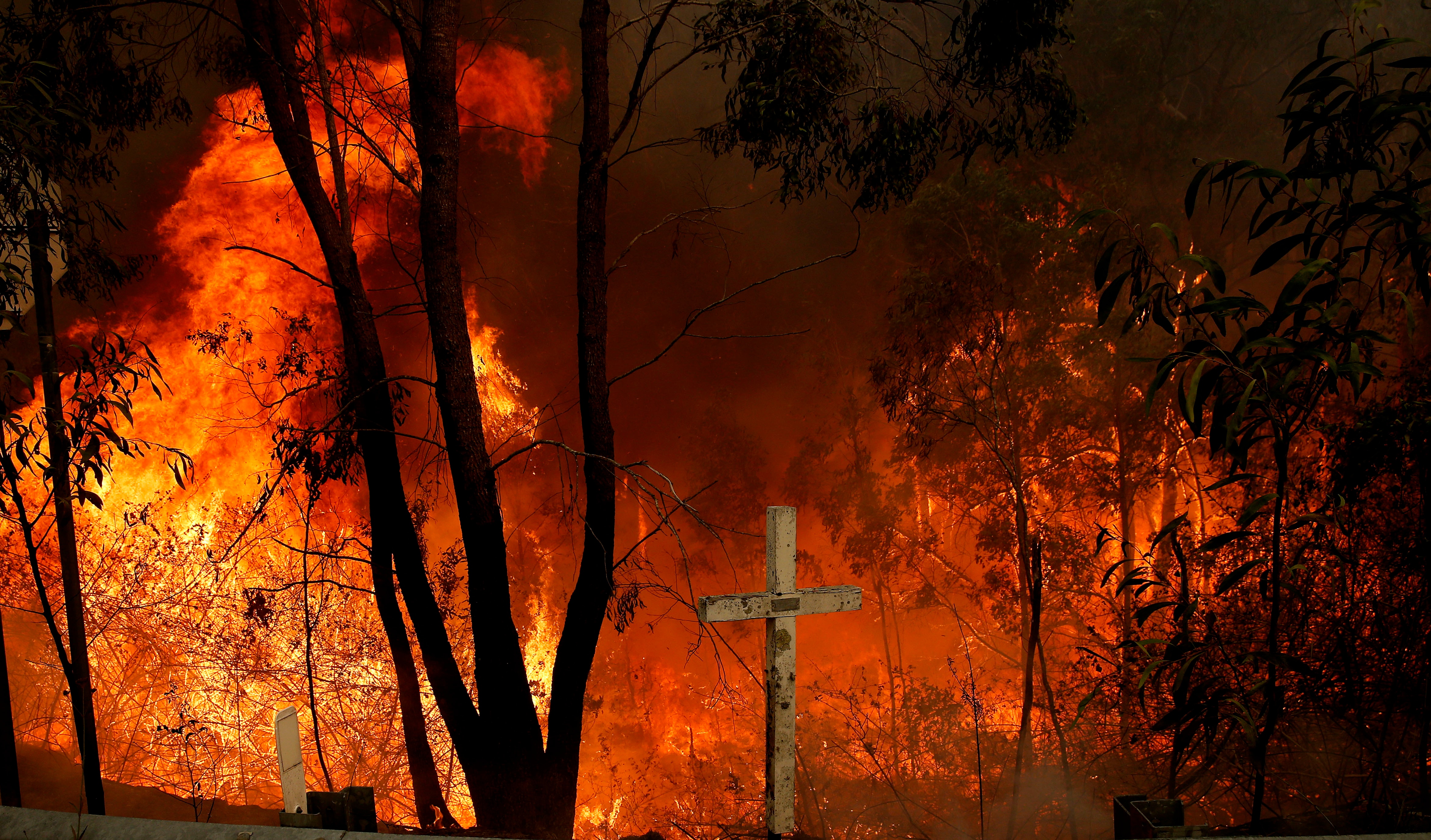 Dozens of wildfires burned across broad swaths of Australia's east and west on Saturday and firefighters scrambled to shore up defences ahead of hotter weather and stronger winds expected to bring more danger in the coming days.

Forecasts are calling for temperatures to reach 104 degrees Sunday in the western part of the country with the heatwave spreading east and making conditions worse in New South Wales and Queensland.

The early arrival of fierce bushfires in the southern spring has already claimed several lives and destroyed almost 300 homes over the past week.

At least 50 residences were harmed or destroyed in New South Wales on Tuesday by wildfires that had burnt into the suburbs of Sydney, Australia's major city.

This handout picture taken and received from Kelly-ann Oosterbeek on 8 November 2019 shows flames from an out of control bushfire seen from a nearby residential area in Harrington, some 335 kilometers northeast of Sydney.

About 60 fires were burning around New South Wales on Thursday morning, with 27 uncontained while being battled by more than 1,000 firefighters, the Rural Fire Service said.

Evacuation centers continued to house hundreds of people displaced by the fires, many of whom would return to find their homes razed to the ground.

Most national parks on the mid-north coast of the state, including in the northern Blue Mountains, will remain closed until further notice as fire danger remains very high to severe, the state Office of Environment and Heritage said.

NSW Police said in a statement that a 51-year-old man has been charged after allegedly lighting a fire which is now out of control in the state's Northern Tablelands.

In New South Wales, four people have died and 259 homes have been destroyed over the past week.

The yearly Australian fire year, which peaks during the Southern Hemisphere summer season, has began early soon after an unusually warm and dry winter season.

In Queensland, where 16 homes have been destroyed since 7 November, 57 fires were still burning by early evening, down from 61 in mid-afternoon.

"Once we get there, we're expecting to go straight to the front line".