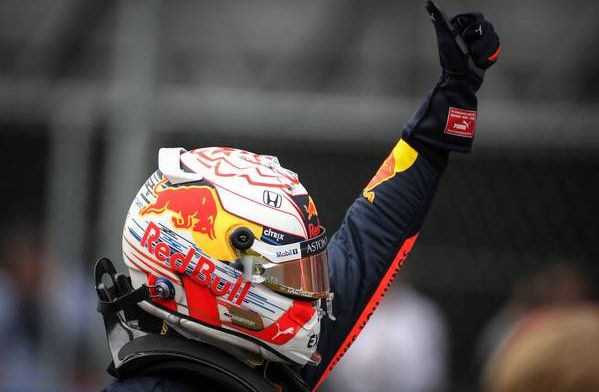 It's not just Ferrari that Mercedes are keeping their eye on either, as Max Verstappen finished ahead of both Silver Arrows in third for Red Bull.

That puts him five behind Verstappen, and 19 behind Leclerc who will start tomorrow's race from 14th place because of an engine penalty.

Pierre Gasly was seventh for Toro Rosso ahead of Haas's Romain Grosjean, Kimi Raikkonen of Alfa Romeo and Kevin Magnussen in the second Haas. "That was the best birthday present", he said.

Vettel will be making his 100th start for Ferrari after winning his four titles with Red Bull and he said he hoped it was a good one. "I'm happy with the front row, now we'll see what we can do tomorrow".

Turning more serious, Vettel explained how he had lost time in his first run in Q3 which ultimately gave Verstappen the advantage to clinch pole.

"I've got a 10-place grid penalty for tomorrow so it was always going to be a hard day", said Leclerc, although he insisted: "[I'll be in] full attack mode.

"Of course we had some really unlucky results but they (Ferrari) should have been miles ahead of us over the whole year".

"With the laps I had I think we look quite competitive, even for qualifying, but still lots more to come. This is such a tough race to win - the track is very challenging!" Nico Hulkenberg will line up 13th just ahead of Leclerc, with the Racing Point of Sergio Perez in 15th.Toro Rosso's Daniil Kvyat missed out on a place in Q2 by 0.032s after a number of small errors around the lap and will line up 16th on the grid. The first run was again Verstappen's, with Leclerc again following.

Ferrari flexed their considerable straight-line muscle again with 20 minutes remaining, Leclerc topping Vettel, before Hamilton soared again to lap in 1:08.320, three-tenths beyond the Monegasque. "I don't think anybody in the team took it personally", Vettel told reporters at the Brazilian Grand Prix, penultimate race of the season, when asked for a reaction.

It was a near-perfect scenario for a closely-fought finale in the final minutes of a tense and dramatic session with Verstappen setting the pace.