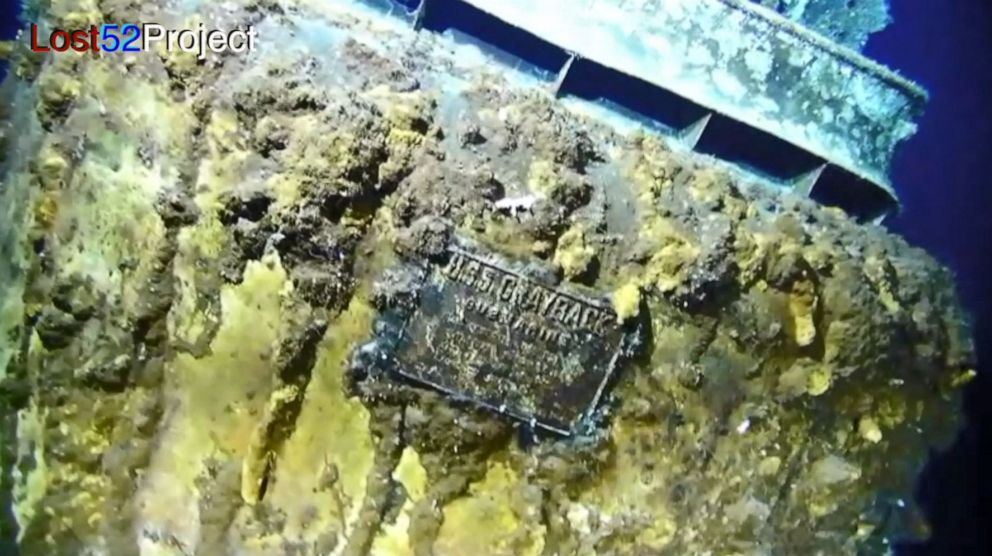 A missing World War II submarine has been found in Japanese waters, 75 years after it sank with 80 USA sailors on board.

Last year, researcher Yutaka Iwasaki found that the Navy had originally made an error in translating the Japanese war records that detailed where the Grayback had likely sunk. The latitude and longitude of the attack were listed "very clearly", Iwasaki told the Times, but they did not match the numbers listed in the Navy history from 1949. But a year ago, Yutaka Iwasaki, a Japanese researcher who works with Taylor's team, discovered that one digit had been mistranslated.

"Because of the quality of images and the data shared from the groundbreaking project, Naval History and Heritage Command's underwater archaeology team was able to confirm the final resting place of USS Grayback", said Robert S. Neyland, Ph.D., Naval History and Heritage Command's Underwater Archaeology Branch Head. Using autonomous underwater vehicles, remotely-operated vehicles, and advanced imaging technology, they found the Grayback about 100 miles from the area where it was originally thought to have sunk.

The Grayback sailed out of Pearl Harbor in January 1944 for the South China Sea, however was attacked by land-based Japanese naval plane within the East China Sea on February 26, 1944.

On Feb. 24, 1944, the sub reported sinking two Japanese cargo ships days earlier and was ordered back to replenish its torpedo supply.

The Grayback was reported missing three weeks after it failed to return to Pearl Harbor.

The USS Grayback is known for sinking many Japanese ships during the war, including the Konan-maru.

So when she first learned of the discovery, she felt a mixture of shock, disbelief, sadness and grief.

The Navy echoed that sentiment.

A submarine employed in Environment War II that vanished with the lives of 80 service users has been uncovered, a discovery staff introduced Sunday.