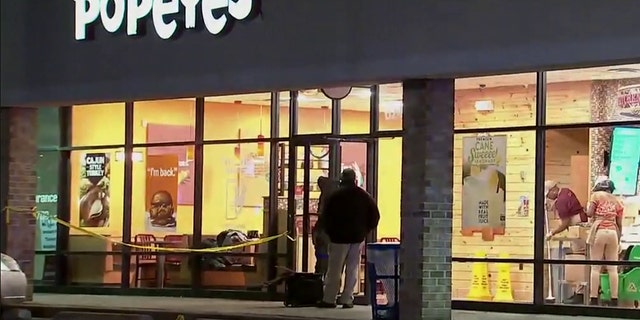 Prince George's County Police are still investigating the case, but believe that the incident may have started when someone cut in line at the restaurant. Customers who wanted to compare the new sandwich to Chick-fil-A's classic chicken sandwich reported long lines inside restaurants and at the drive-thru.

Officers arrived at Popeyes to find a man suffering from multiple stab wounds.

He succumbed to his injuries in hospital and died around 50 minutes after the stabbing.

Police were still looking for the suspect and have called on him to surrender, Donelan added.

"We are looking for a male and that male knows who he is, he knows what he did here tonight and he needs to do the right thing and he needs to step up and he needs to turn himself in". The sandwich's abbreviated first run led Popeyes to one of its best quarters in two decades last quarter, with comparable sales up 9.7 per cent, the company said.

According to WJLA, the still unidentified victim was waiting in line for the sandwich, which returned to the restaurant's menu this week after a two-month hiatus, when he and another man began arguing.

"For you to get that angry over anything; for that type of anger to develop into this type of violence ... is a very sad and tragic day", Donelan said Monday night outside the restaurant. According to Prince George's County police authorities, the assailant fled the scene.

Media outlets raised questions Monday night about whether Popeyes would consider halting the sale of the sandwiches, but Donelan said she had not yet discussed the matter with restaurant management. The victim and the suspect's identities were not immediately released.