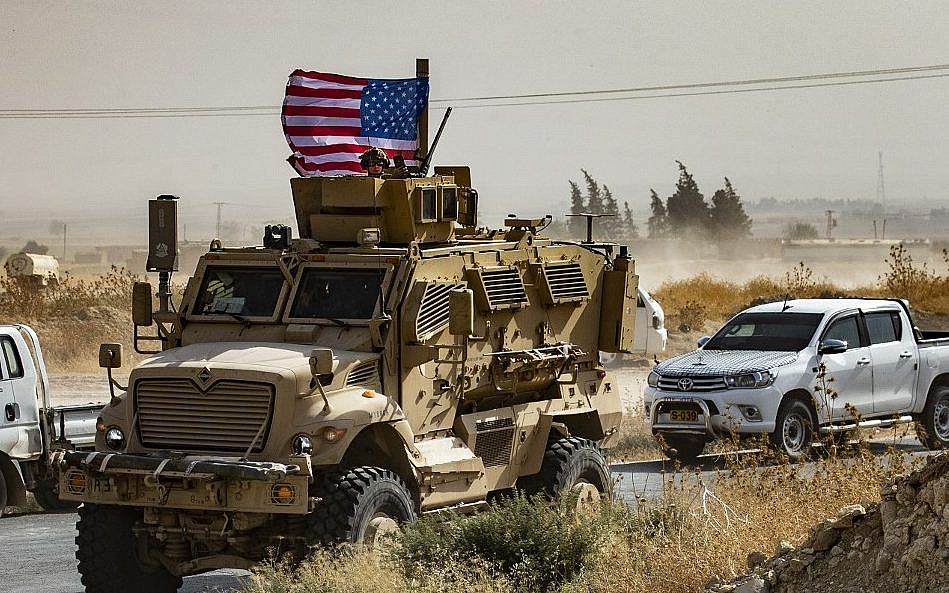 Mattis: ISIS Will Resurge If U.S. Doesn’t Keep Up the Pressure

The Trump administration recently slapped tariffs on Turkey in response to the Turkish military invading Syria and attacking the Kurds, a regional ethnic group that fought alongside the USA against ISIS at heavy cost. The vote was 354-60 with four members voting present.

"Leaving the field now would mean leaving the door wide open for a resurgence of this unsafe force and a new iteration of the Islamic States, creating a power vacuum begging for the meddling influence of Russian Federation - leaving northeastern Syria wide open for Iran to extend its reach unimpeded all the way from Tehran to the doorstep of our friends in Israel", the Kentucky Republican said.

Turkey says it will clear a large area along its border with Syria, targeting the Syrian Kurdish YPG militia, which it says is a terrorist group linked to Kurdish insurgents in Turkey.

Much of the criticism has come from within Mr Trump's own party.

"With regards to Syria we have to remember who our partners are", the Florida Democrat told Fox News' "America's Newsroom." "I too want to wind down our overseas conflicts and bring our troops home", he said, but added, "We need a residual force in place".

The president even called former U.S. Defense Secretary Jim Mattis, who served under Trump, the "world's most overrated general".

Trump dismissed worries about a possible ISIS resurgence due to the Turkish attack.

Trump had the letter released to bolster his view that he did not give Turkey a green light to invade Syria.

"History will look upon you favorably if you get this done the right and humane way", Trump said.

Markey, a member of the Senate Foreign Relations Committee, said the US stores roughly 50 B61 nuclear weapons at Incirlik Air Base in Turkey. He again stated his intention to have all of the estimated 1,000 US troops in Syria withdrawn from the country.

It has also been reported that the president falsely stated that "the Kurds actually are pulling back substantially from Turkey, and Syria's pulling in". "Whoever they may have, I wish 'em all a lot of luck".

That conversation was followed by an announcement from the White House that Turkey would soon begin a military offensive and United States forces would not be involved in the operation. Our soldiers are totally safe. Maybe they can do it without fighting.

Marginalised for decades, Syria's minority Kurds carved out a de facto autonomous region across some 30 per cent of the nation's territory after the devastating war broke out in 2011.