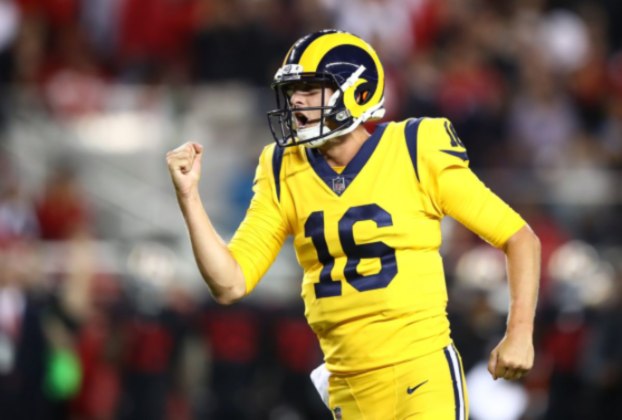 It's being noted that Pro Bowl running back Todd Gurley missed practice on Wednesday with a quad injury.

Gurley popped up on the injury report this week with a thigh contusion, which McVay said caught the team "off-guard".

Rams cornerback Aqib Talib also did not practice Wednesday and is day-to-day because of a rib injury, McVay said. Both injuries occurred during the Rams' 30-29 loss to the Seattle Seahawks last week, a defeat that dropped the Rams' record to 3-2.

The Rams announced the news on Wednesday, ahead of Sunday's National Football League showdown with the high-flying San Francisco 49ers.

During the offseason, there was plenty of hype surrounding the 49ers possibly taking the leap in the NFC to become legitimate contenders, and this has been exactly the case so far with Kyle Shanahan's team being off to a 4-0 start.

Five games into the season, Gurley has rushed for 270 yards and five touchdowns on 64 carries. "A lot of these conversations entail how's he feeling, what kind of progress does he make throughout the course of the week", McVay said.

"We've talked about it, whether it's this week at some point, the confidence we have in Malcolm (Brown), but then there's also going to be a time we rely on Darrell Henderson, and it might end up being this week".

Looking back at the draft in 2017 when the Rams chose to use a third-round pick on Kupp, it's safe to say they felt confident in the wideout eventually turning out to be a steal, but whether they expected him to be this good is a different story.