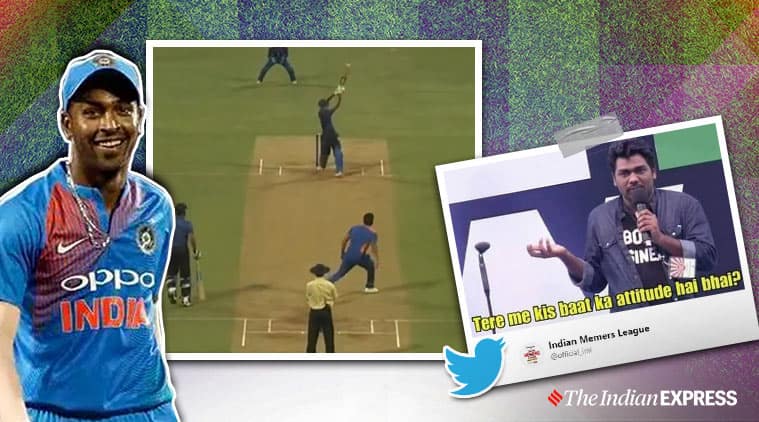 Former India pacer Zaheer Khan celebrated his birthday two days back and while the left-arm seamer was flooded with cheerful wishes on Twitter, current India allrounder Hardik Pandya tried to take a cheeky jab at the Baroda bowler, which in turn infuriated fans on the mirco-blogging website and Pandya was at the receiving end of the troll tirade. The cricketing fraternity was busy wishing him on the special occasion and numerous Indian players came up with wishes thanking Zaheer for mentoring them.

Well, the shot from Hardik Pandya was definitely a superb one and no wonder it went for a six.

"Ahankaar tujhe le dobega mere bhai pandya.stay humble not foolish (Your arrogance will ruin you brother, stay humble and don't act like a fool)", a user replied to Hardik's tweet. Zaheer duly admitted that he can never match Hardik's exceptional batting skills but didn't forget to remind his junior about what had happened off the very next delivery in the same game.