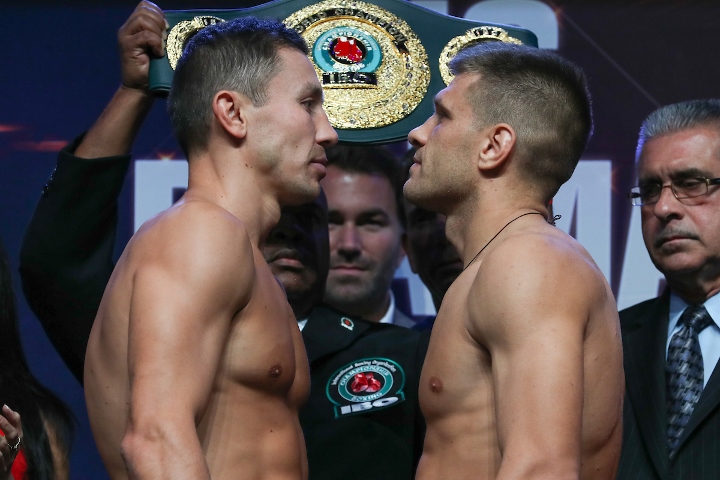 "GGG" (39-1-1, 35 KOs) will be taking on Sergiy Derevyanchenko (13-1, 10 KOs) at Madison Square Garden, where the two will be fighting for the vacant IBF and IBO middleweight titles.

Golovkin needed this victory to eventually get that trilogy crack against Saul "Canelo" Alvarez.

Here's a round-by-round breakdown of how GGG vs. Derevyanchenko went.

Like he did in that 12-round blockbuster though, the Ukrainian resiliently came back firing, seemingly unnerved by the right hand to the temple that had sent him off balance.

Ukrainian Derevyanchenko controlled the first 75 seconds of the round one, but was then felled by an inside uppercut.

As Derevyanchenko took the fight to Golovkin, there were moments that GGG either delivered with enough power punches to take the round or looked every bit of 37-years-old, with "Father Time" breathing down his head and neck.

The mid-rounds saw Golovkin finally fire back with his accustom heavy-handed artillery, the pound-for-pound rated star taking to the centre of the ring to meet his counterpart head-on, the pair gladly teeing off on each other, the back-and-forth battle raising the roof in NY. Golovkin (159.2) returned to the win column in a big way last time out as he knocked out Steve Rolls in the fourth round.