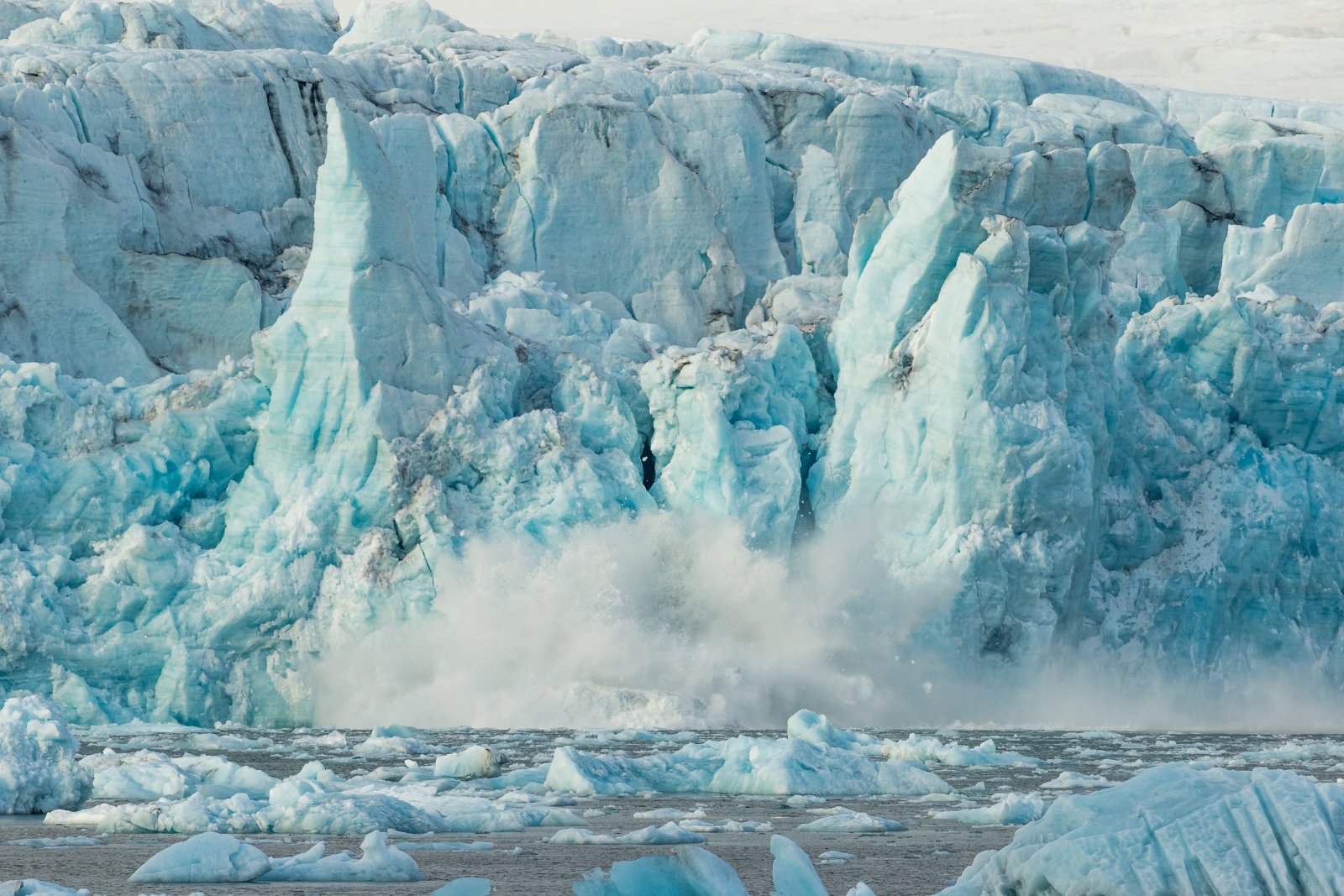 Seas have grown acidic, potentially undermining their capacity to draw down Carbon dioxide; warmer surface water has expanded the force and range of deadly tropical storms; marine heatwaves are wiping out shallow-water coral reefs, which are unlikely to survive the century.

The widespread loss of ice and snow could lead to water shortages, affect food security, intensify droughts and contribute to the spread of wildfires, the IPCC said.

"The oceans and the icy parts of the world are in big trouble and that means we're all in big trouble too", said one of the report's lead authors, Michael Oppenheimer, professor of geosciences and global affairs at Princeton University.

"Sea-level rise has accelerated and we are concerned [about] an abrupt decline in the Antarctic and Greenland ice sheets, which will exacerbate future rise", said WMO secretary-general Petteri Taalas. In addition, if emissions continue to increase, global sea levels could rise by more than three feet by the end of this century - around 12 percent higher than the group estimated as recently as 2013. And Wednesday's report on the world's oceans, glaciers, polar regions and ice sheets finds that such effects only foreshadow a more catastrophic future as long as greenhouse gas emissions remain unchecked.

The melting of the world's cryospheres was another big issue in the report, which highlights that if global warming is stabilized at 1.5°C above pre-industrial levels, the Arctic ocean would only be ice-free in September once in every hundred years.

"People with highest exposure and vulnerability to current and future hazards from ocean and cryosphere changes are often also those with lowest adaptive capacity, particularly in low-lying islands and coasts, Arctic and high mountain regions with development challenges", reads the report.

Even if warming is limited to just another couple of tenths of a degree, the world's warm water coral reefs will go extinct in some places and be dramatically different in others, the report said.

More bad news: Extreme events like storm surges, which used to happen once a century, will occur every year in many parts of the world by 2050, no matter whether greenhouse-gas emissions are curbed or not, the IPCC said.

A larger concern is that some effects can not be mitigated if carbon emissions are not capped near current levels and steadily reduced.

Delegates to the IPCC said Saudi Arabia, OPEC's top oil producer, had repeatedly sought changes at the Monaco meeting, partly to weaken links to an IPCC report in 2018 that examined ways to achieve the 1.5C goal.

"The oceans and cryosphere" - Earth's frozen zones - "have been taking the heat from climate change for decades", said IPCC co-chair Ko Barrett, an official at the US National Oceanic and Atmospheric Administration (NOAA). Changes to ice coverage in the Arctic are "likely unprecedented for at least 1,000 years", according to the report. "They do not have the ability or foresight to make the radical changes necessary to limit global warming".

"In a high emissions scenario, the chances of having any reasonable foothold to deal with the impacts becomes much smaller", said Matthias Garschagen, chair in human geography at LMU Munich and one of the authors. Many other delegates had favoured the word "complements" to underscore that the reports are part of a family of scientific studies.

Emerging evidence also suggests that in recent decades, warming oceans have fueled an increase in tropical hurricanes ranked Category 4 and higher, according to the report. At the same time, tackling the impacts of climate change is not a pass/fail equation.

London red bus maker Wrightbus enters administration
Mr Johnson visited the Wrightbus factory in Antrim during the European Union referendum campaign in February 2016. The North Antrim firm has been seeking investment or a new owner as it struggles with cash problems.