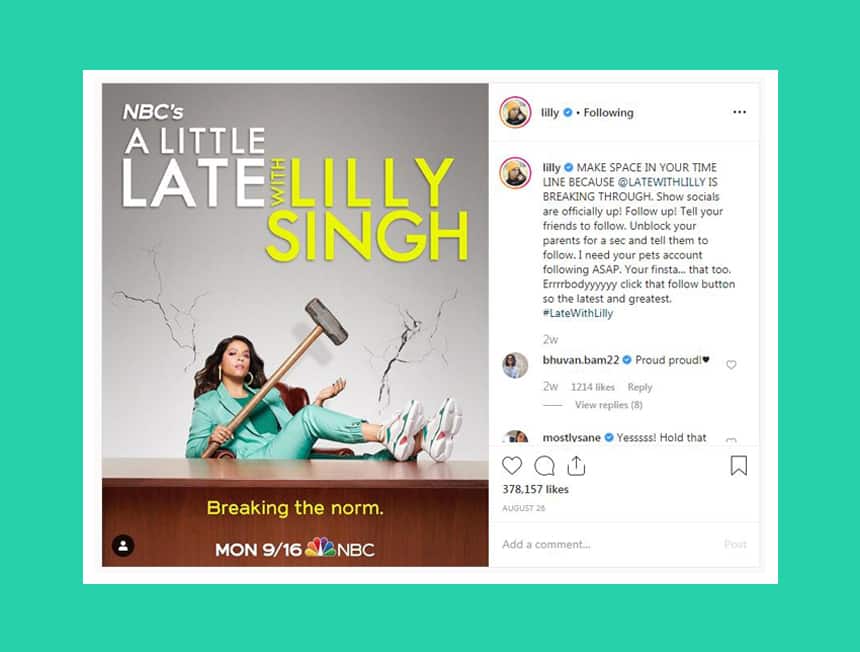 A Little Late With Lilly Singh premieres on September 16th at 1:35 AM on NBC.

Chelsea Handler paved the way before her, but now Lilly Singh will be the reigning female late-night talk show host. 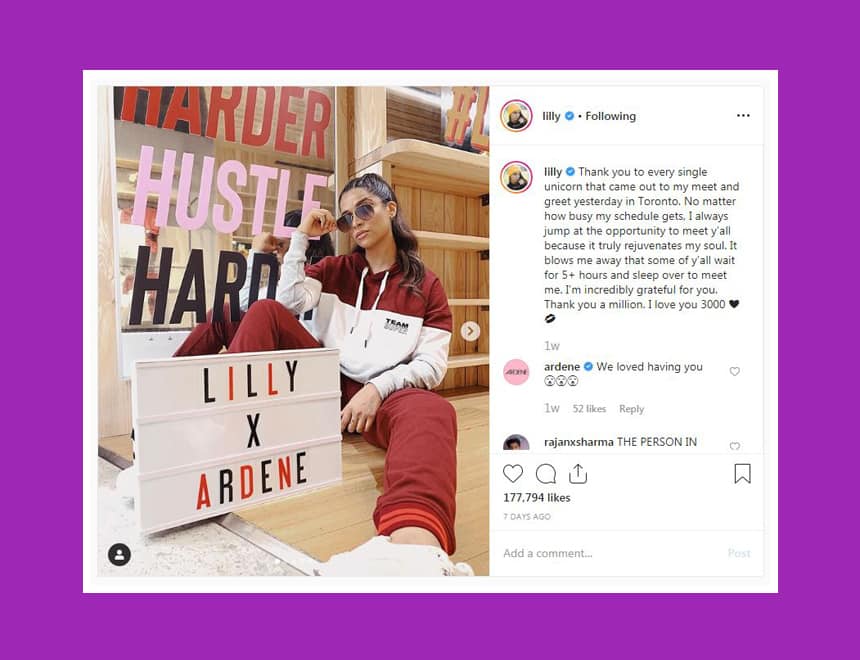 In her opening segment, Lilly while speaking about minority representation among the late night talk shows made hilarious references. The Canadian also referred to her love life: "I'm about spice up your life/So if you want to be my lover/I put B in LGBT/I'll take Sansa and her brother". Being a trailblazing YouTube icon works in Singh's favor as she knows how to produce great bursts of content and connect with the audience in a short amount of time. Having grown up watching late-night television without seeing people who looked like her, she said, "It was like loving something that didn't love me back". "The media has mentioned that I am a bisexual woman of colour so much that I feel like should just change my name to Bisexual Woman of Colour".

For her first episode, YouTuber Lilly Singh performed an apt rap and a monologue which shed light on her bisexuality and women of colour.

Singh has replaced Carson Daly in NBC's evening line-up, and her first guests were The Office stars Mindy Kaling and Rainn Wilson.

Wilson's shtick fell mostly flat, while Singh's interview with Kaling suffered because the host kept looking directly into the camera to deliver lines, which broke the sense that the two were engaging in a dialogue.