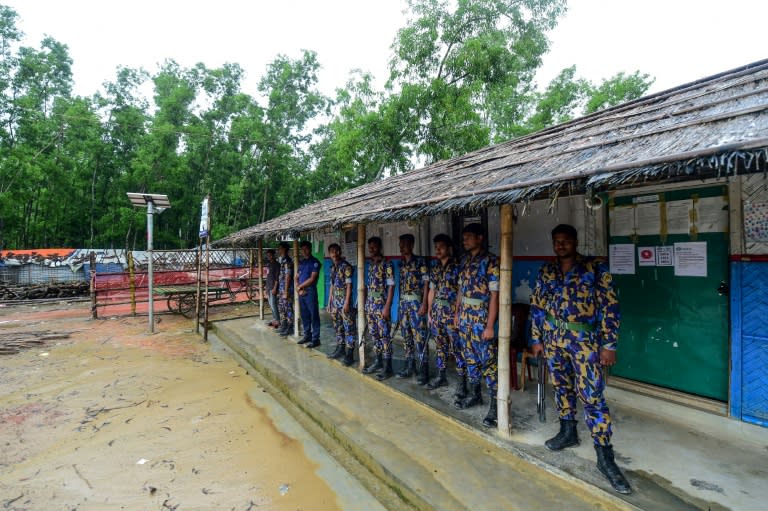 A United Nations -established investigation a year ago recommended the prosecution of Myanmar's top military commanders on charges of genocide, war crimes and crimes against humanity for the crackdown on the Rohingya.

More than 7,00,000 Rohingyas, mostly women, children and aged people, entered Bangladesh after fleeing unbridled murder, arson and rape during "security operations" by the Myanmar military in Rakhine, what the United Nations denounced as ethnic cleansing and genocide, beginning from August 25, 2017. "The Tatmadaw (military) was responsible for 82 percent of these gang rapes", the 61-page document said.

The Rohingya are not recognised as an official minority by Myanmar, which considers them Bengali interlopers despite many families having lived in the country for generations.

Mentioning that the Myanmar government had already promised to take its citizens back, Momen said that they would raise the issue now since it failed to achieve the trust of its own people.

The August 2018 report identified five indicators of genocidal intent by the Myanmar military: the use of derogatory language; specific comments by government officials, politicians, religious authorities and military commanders prior, during and after the violence; the existence of discriminatory plans and policies; evidence of an organized plan of destruction; and the extreme brutality of the campaign. The investigators were forced to travel to refugee camps in Bangladesh, Thailand and Malaysia, and meet with aid groups, think-tanks, academics and intergovernmental organisations.

Despite a 2017 pact signed by the two countries, the first repatriation efforts have failed, with virtually no Rohingya agreeing to return without guarantees of safety and citizenship.

Instead of accepting the truth and taking remedial measures, the Myanmar government is involved in a blame game.

The incident comes two days after a second failed attempt to repatriate the refugees, which saw not a single Rohingya turn up to return across the border to Myanmar's conflict-scarred Rakhine state. Senior government officials, representatives of the UNHCR and a large number of the security forces were present but all went in vain as none of the Rohingyas refugees turned up to go back to their home.

Myanmar's government and military have consistently denied carrying out human rights violations, and said its military operations in Rakhine were justified in response to attacks by Rohingya insurgents. Coomaraswamy said researchers had found a link between militarization across Myanmar in every facet of life and higher levels of sexual violence.

In addition to security and citizenship guarantees, they also demanded that their fellow Rohingya Muslims held in Internally Displaced Personnel (IDP) camps in Myanmar be released. It should not reach a situation where hopelessness sets in the minds of the victims.

"Let us go back home in peace", Abdul Hakim said.