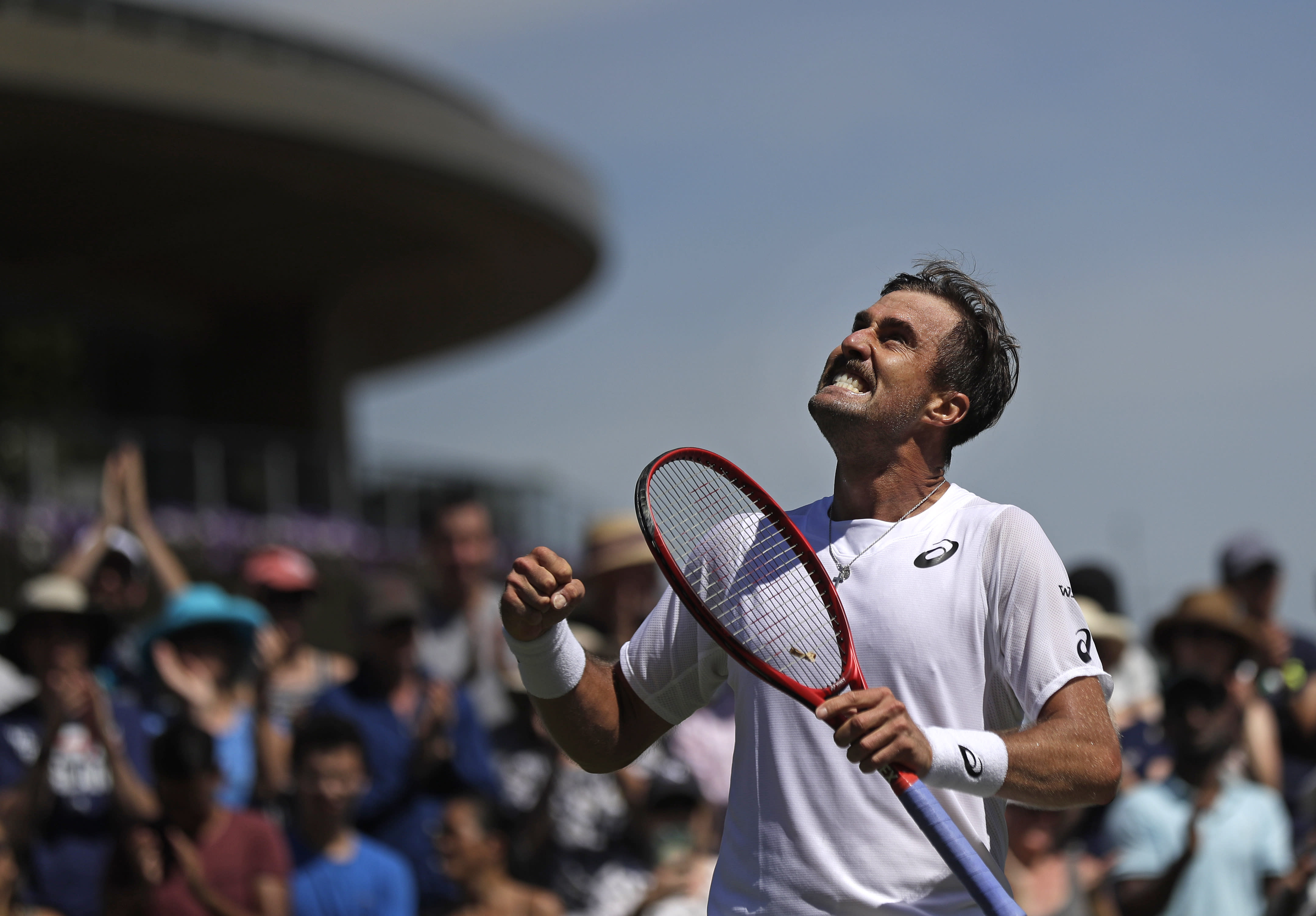 Meghan, Duchess of Sussex, appeared at Wimbledon on Thursday to watch her friend Serena Williams in action on the new Court One.

The duo have been there for many of each other's big moments: Williams previously attended Meghan and Harry's wedding past year and helped plan and host the duchess' stateside baby shower in February.

Williams was four games down in the first set when the Duchess took her seat and went on to lose the first set before winning the second set.

Meghan, 37, is now on maternity leave, so her appearance at the tennis tournament - only her third public outing since giving birth - was a happy surprise for fans.

The outing has sparked speculation as to whether Roth and Hillis are in the United Kingdom for baby Archie's christening this Saturday - and therefore among the royal bub's godparents.

According to the Daily Mail, Williams paid a visit to Frogmore Cottage recently, where the Meghan and Harry, Duke of Cambridge reside, along with her husband Alexis Ohanian and one-year-old daughter Olympia.

Meghan is the second member of the British royal family to be spotted in the crowd at Wimbledon this week.

Archie is due to be christened on Saturday, and there are rumours that Williams will be a guest at the private ceremony, although that would depend on her schedule at Wimbledon.