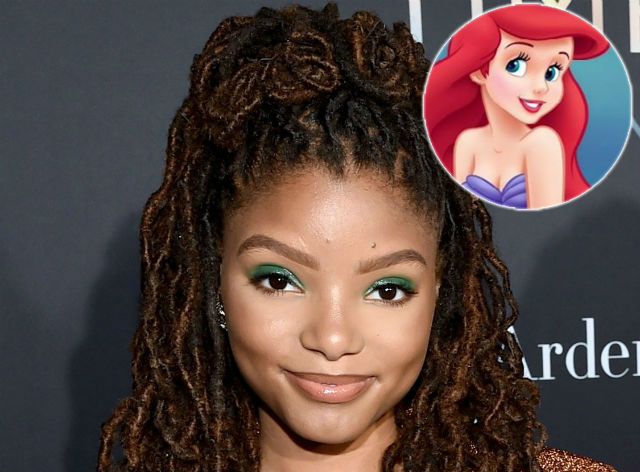 HALLE BAILEY Cast as THE LITTLE MERMAID Herself

Bailey, who with her sister forms R&B duo Chloe x Halle, has nabbed the starring role in Disney's live-action remake of The Little Mermaid, and will play the role of Ariel, the rebellious daughter of King Triton who longs to live on dry land.

Melissa McCarthy, Jacob Tremblay and Awkwafinain talks to star and lend their voices to the villainous Ursula, Ariel's best friend Flounder, and Scuttle.

The Grown-ish alum, according to The Hollywood Reporter, will play the title role in Rob Marshall's adaptation.

Chloe x Halle went on to release several EPs before dropping their highly anticipated full length album The Kids Are Alright in 2018. The film, which now holds no pinpointed release date, will include original songs from the 1989 animated version of the story, along with original new music from original composer Alan Menken and Lin-Manuel Miranda. The original 1989 animated hit followed the mermaid princess Ariel as she sought to fall in love with a human prince on land. She can now be seen as a regular on Freeform's Grown-ish series, in which she plays Sky who, along with her twin sister Jazz (played by real-life sister Chloe), is on the track team at the college. Menken wrote the film's original music, including the songs "Under the Sea", "Part of Your World" and "Kiss the Girl".

The sisters also took to the field at Super Bowl LIII to sing "America the lovely".