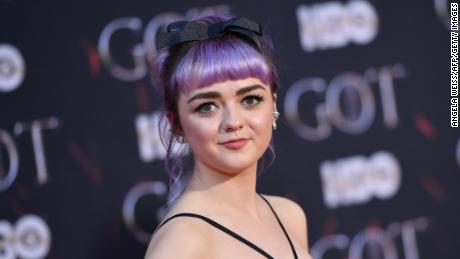 Maisie Williams at the Game of Thrones premiere on Wednesday

Game Of Thrones star Maisie Williams is to star in a new Sky comedy series about a misfit on the run from a murderous gangster.

Williams will play a woman named Kim who was raised by her single mother in a rural environment and taught freakish survival techniques following the death of her father under suspicious circumstances, according to a release.

As Kim sets out into the real world and on a secret mission of honoring her father's memory, she meets socially awkward Nicky in his brother Dave's pub. They add: "With the survival techniques she has picked up from her upbringing, however, she might just get through".

Here's Williams' statement on the matter of finally being able to pursue long-term projects sans dragons, swords, et al: "Looking forward to getting into something new, I think Two Weeks To Live has really great potential and I want to make something incredible with this wonderful team!"

"Game of Thrones" may be over, but Arya Stark's kickass personality will live on in Maisie Williams' next television role.

The final episode of "Game of Thrones" was Sky's most-watched series finale ever aired on the network, drawing 5.789 million viewers.