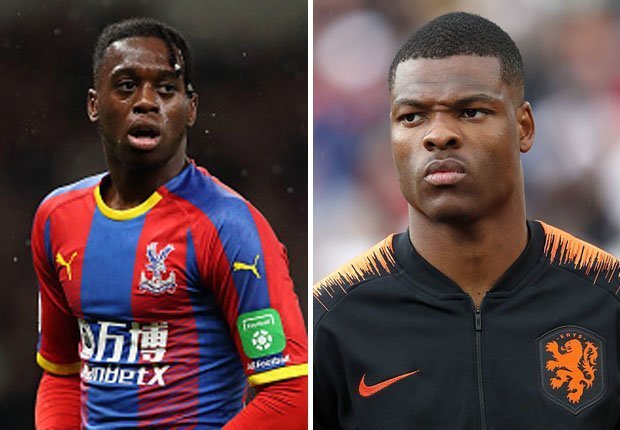 However, the report adds that Wan-Bissaka, 21, has not attempted to force Crystal Palace's hand by submitting a transfer request.

The 19-year-old full-back, adjudicated the EFL Young Player of the Year last season, is wanted by several clubs in the Premier League ahead of next season.

Aarons has been touted as a possible alternative target to right-back Aaron Wan-Bissaka, who United have seen at least one bid rejected for.

Wan-Bissaka, a graduate of the Crystal Palace youth academy, burst into the senior team towards the end of the 2017-18 season and has gone on to establish himself as the first-choice right-back ever since.

Crystal Palace are now holding out for a £50 million price tag for their fullback and United believe that if they don't lower their demands, Hysaj could be a good alternative.

With the Eagles looking for a fee of around £60m for Wan-Bissaka, United have been forced to consider all their options, and The Sun claim that has brought them to Dumfries.

According to the same story, Crystal Palace were unhappy with the structure of the deal and the London side want between £45m and £50m up front.

England crumbled to a dramatic 2-1 defeat to France in their European Under-21 Championship opener on Tuesday after having Hamza Choudhury sent off after a awful challenge on Jonathan Bamba. This would make Wan-Bissaka the most expensive specialist full-back in the world, with the transfer fee set to eclipse the €57.5 million Manchester City paid AS Monaco for Benjamin Mendy.