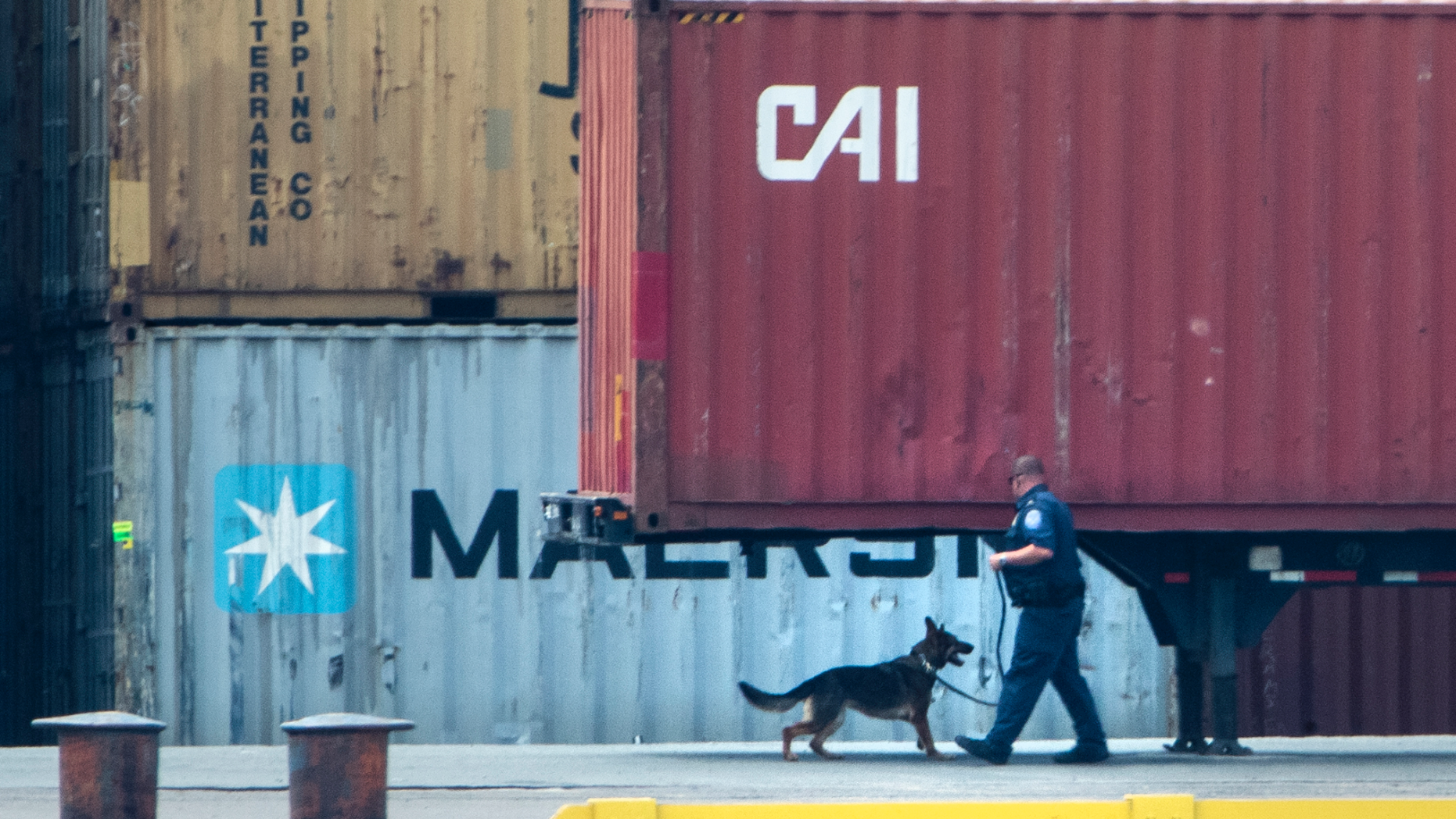 Over 16 tons of cocaine seized at Delaware River shipping terminal in Philly could be largest drug bust is U.S. history

Authorities search a container along the Delaware River in Philadelphia on Tuesday.

More than $1 billion worth of cocaine has been seized at the Philadelphia Port on Tuesday, according to the U.S. Attorney's Office.

The drugs were found on Tuesday morning when officers inspected containers aboard the Liberian-flagged cargo ship MSC Gayane, which arrived at the Packer Marine Terminal in Philadelphia.

Authorities made arrests of the crew and are investigating.

The drugs were found in seven shipping containers aboard a cargo ship that previously traveled from Chile, Panama, and the Bahamas, law enforcement officials told NBC affiliate WCAU-TV in Philadelphia.

According to ABC News, this is the biggest cocaine bust to ever take place in the city.

In February, customs agents seized 3,200 pounds (1,451 kilograms) at the Port of NY and New Jersey with a street value estimated at $77 million.

U.S. Attorney William M. McSwain of the Eastern District of Pennsylvania tweeted that "this is one of the largest drug seizures in United States history" and "This amount of cocaine could kill millions - MILLIONS - of people". That was the largest cocaine bust at the ports since 1994.

Television footage of the seized ship in Philadelphia showed its name as MSC Gayane.

An email was sent to the ship's registered owners seeking comment.